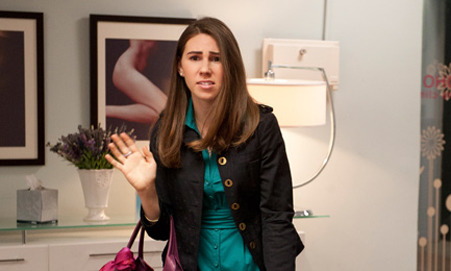 One highlight of the Girls Season 1 DVD gag reel is this clip of Shoshanna (Zosia Mamet) and Jessa (Jemima Kirke). Aside from her trademark pink Juicy Couture sweatsuit, Shoshanna is sporting her classic wince as she passive aggressively deals with Jemima climbing all over her stuffed animals—until, of course, they both crack up.

There was one casualty, though, and his name is Snuffles:

Previously: How Do You Solve a Problem Like Shoshanna?
Zosia Mamet Reports That Even Off-Screen, Dating in Your 20s Sucks