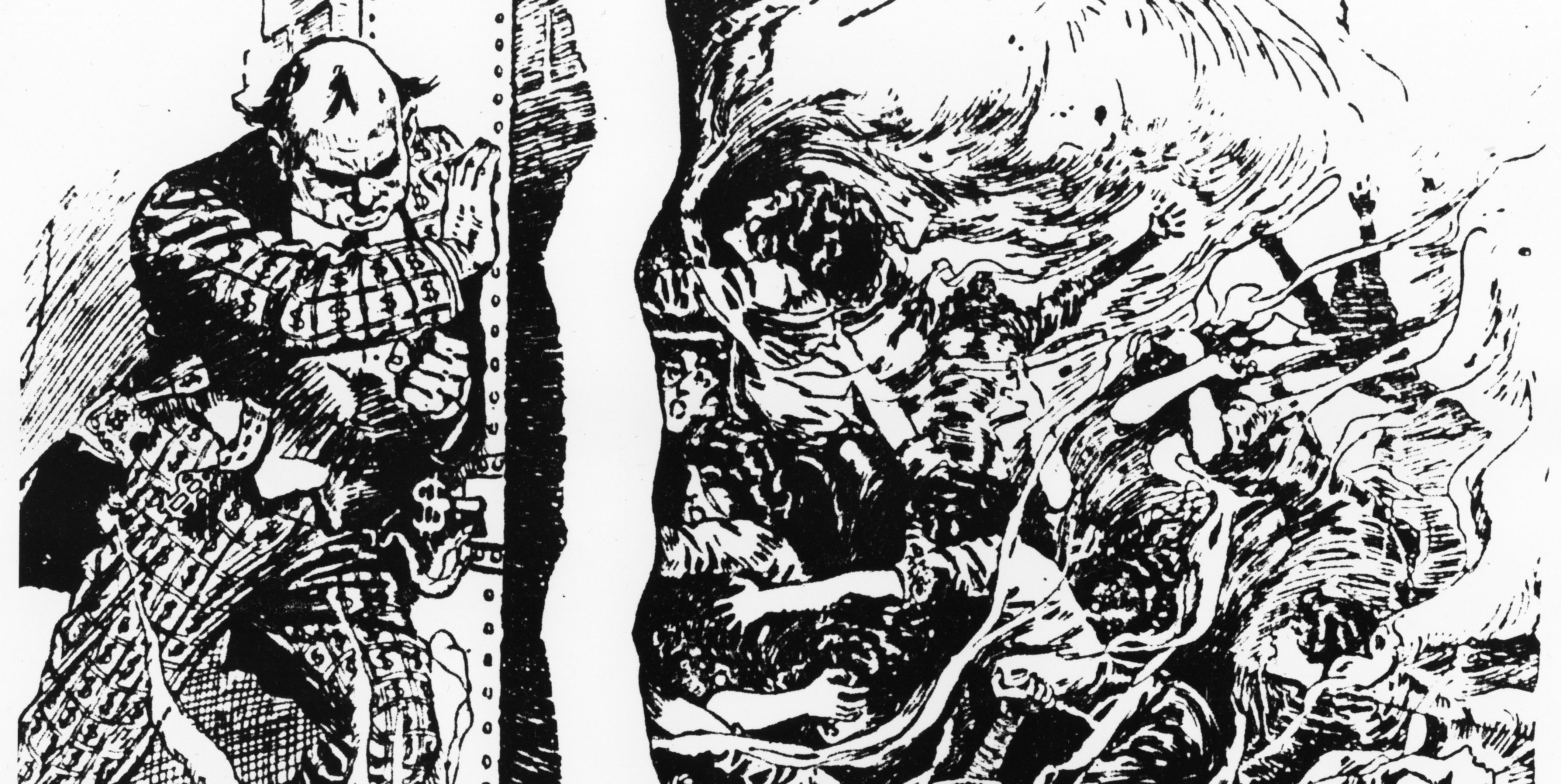 Today marks 105 years since the Triangle Shirtwaist Factory Fire, the tragedy that killed 146 workers (most all of them young Jewish or Italian women) and served as a rallying cry for labor reform. The first-person accounts of the event are horrifying, with collapsing fire escapes, victims locked inside the inferno, and many jumping to their deaths in an attempt to escape.

While the fire on Washington Place destroyed nearly 150 lives, the building survived, and still stands, refurbished, today. Although it’s both a National Historic and New York City Landmark, like much of Manhattan south of 14th street, the structure, now called the Brown Building, belongs to NYU. Other than a plaque that doesn’t even mention the fire until halfway through its text, there’s not much to alert passersby of the devastation that occurred there, or the changes that ensued in response.

Over a century, and the building still stands as if nothing happened there. The building looks like any other NYU-owned structure near Washington Square, and there’s something sinister about the original structure going unmarked. Luckily, there are currently plans to finally remedy the situation, and the Remember the Fire Coalition is close to finally adding a real memorial to the Brown Building. They held an architecture contest, selected a winner, and started raising money. Then, this past December, Governor Cuomo pledged a $1.5 million towards the project.

So what’s the hold up? First, the Coalition still needs more money, but believe it or not, there’s still resistance to the project, mostly by local residents who did not have a chance to participate in the process of choosing the contest winner. They worry, for example, that the proposed design’s steel beams will reflect into their homes and create an issue for heat and light. Other concerns have been artistic, and alternatives have been proposed, like a plaque with the names of the victims.

The Coalition has said that the group is working to address concerns, and if they can successfully reassure locals that glare won’t be an issue, let that be that.

Not everyone is going to like any one memorial. Critiques of its design are valid, but what’s important now is getting something, anything up. Every anniversary of the fire that goes by without a permanent commemorative installation is an embarrassment.

It’s a mitzvah to give to the poor on Purim, so on this Shushan Purim, give to the memory of those who died because it was so easy to use and abuse workers, a struggle that continues today. If you want to donate to the Memorial Fund, you can do so online.

However, while crowd-funding is all well and good, those with power have not done enough. The governor made the right decision, but the city hasn’t pledged anything yet.

And what of NYU? Most of the remaining costs of the memorial are for an endowment fund that will cover insurance and maintenance of the project, which the Memorial assured NYU they would provide in exchange for cooperation to use the university-owned building. But given NYU’s own ever-thickening pockets and acquisition of real estate throughout Manhattan, would it kill them to do a mitzvah, or even a publicity stunt for new president Andrew Hamilton?

Those with privilege need to think about what resisting this project means in light of a historic event that was abuse of power turned deadly.

If all goes according to plan, the Coalition hopes to install the memorial by spring 2018. Let’s hope it’s not any later.

Image credit: Wikimedia and the Kheel Center via Flickr