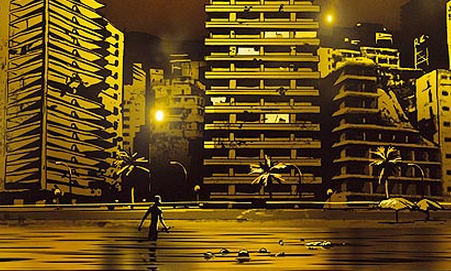 Ari Folman, director and star of the Academy Award nominated Waltz with Bashir, is at it again, but this time, he’s writing and directing an animated film about the life of Anne Frank. Frank’s father Otto has given Folman full access to the archives at Anne Frank Fonds Basel, according to The Hollywood Reporter.

“Bringing the Anne Frank Diary to all screens is a fantastic opportunity and challenge,” Folman said. “There is a real need for new artistic material to keep the memory alive for younger generations.”

Folman’s new film will be family-oriented, unlike his past films and television shows. It begins production in 2014.

The exploration of memory, trauma and history is nothing new for Folman, who excavated his own memories of the 1982 invasion of Lebanon to make Waltz With Bashir. He also created the En terapia, the Israeli TV series about psychoanalysis adapted by HBO as In Therapy. But the move to more family-oriented material will be a new one for the Israeli writer/director.

Let’s hope that Ron Ben-Yishai can get a role in this film, too. That deep, deep voice should play a prominent part of every film from here on out. Hear, hear!

If you don’t remember, or haven’t seen, Waltz with Bashir, watch a trailer here and get reacquainted with Folman’s unique cinematic style.