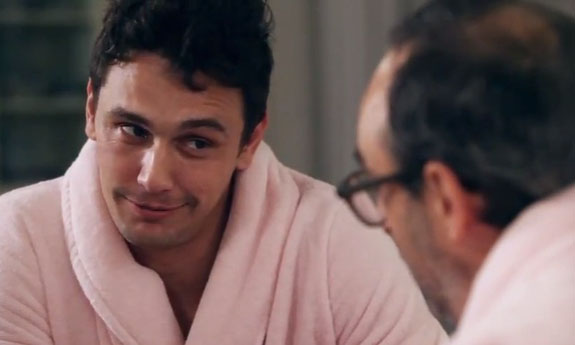 James Franco and Gary Shteyngart are lovers and friends in Shteyngart’s book trailer for his first memoir, Little Failure. Shteyngart gathered up what seems to be a bunch of kick-ass friends and acquaintances, such as Jonathan Franzen, Alex Karpovsky, and Rashida Jones, to showcase the self-deprecating author preparing for his book release.

“Oh my God, it’s even more “Jewcy” on a Tablet device.” Did anyone else catch that?