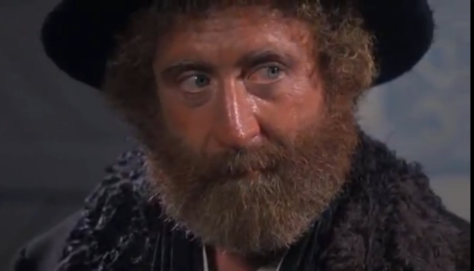 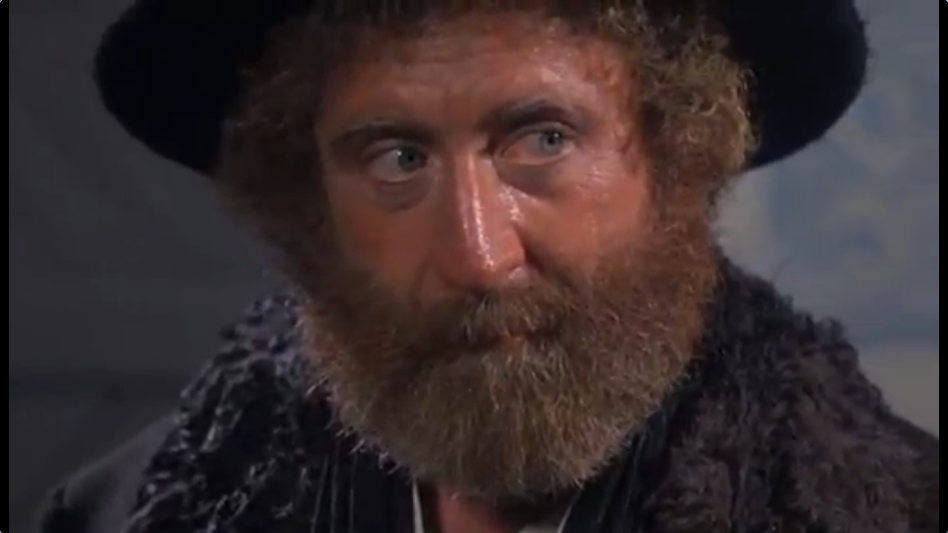 2016 once proves itself to be a banner year, when we learned today of the passing of Gene Wilder. He was 83, but DANG is it sad.

Gene Wilder-One of the truly great talents of our time. He blessed every film we did with his magic & he blessed me with his friendship.

Well, what we have to remember him for is a lot of laughter. We could literally just sit here all day and throw Gene Wilder moments back and forth. But this is Jewcy, so let’s pick just one that is particularly Jewish.

Remember The Frisco Kid? It’s a wholly underwatched, underrated 1979 comedy-adventure flick where Wilder plays an immigrant rabbi trying to schlep across the wild west with a bank-robbing, drop-dead-gorgeous Harrison Ford as his companion.

Once again, picking one moment from this film to share is impossible. The movie is so unapologetically Jewish, from the rabbi’s insistence to not ride a horse on Shabbos (even with a posse on his tail), to his absolute devotion to the Torah scroll he’s meant to bring to San Francisco. So here, for good measure are links to a scene where he tries to explain Jewish divinity to Native Americans, and one where Harrison Ford teaches him, well, colorful American language.

But for our featured clip, we’d like to remind you that Wilder belongs on the list of Jewish actors you may have forgotten spoke Yiddish onscreen (remember Doris Roberts in Hester Street?). Wilder’s rabbi has become lost and destitute, when spotting a group of men with beards wearing black hats, he attempts to talk to them in what he assumes is their native language. They turn out to be Amish.

The clip is only online subtitled in Hebrew and Arabic, so we’ve included an English translation (admittedly mostly from the Hebrew), below:

Wilder [in Yiddish]: “Landsmen [Yiddish word for compatriots, brothers, of my people, etc.]! Landsmen! HELLO! Landsmen! Landsmen! Hello! Landsmen— God! God! Thank God that I found you! Something terrible and awful happened to me! I was on my way to San Francisco and horrible bastards robbed me! They almost killed me!”

Amish men [In Pennsylvania Dutch]: “What did he say?” “I can’t understand any of it.”

Amish Men [Penn. Dutch]: “Is he speaking German?” “No, it’s not German… Do you speak English?”

Still from The Frisco Kid via Google+.