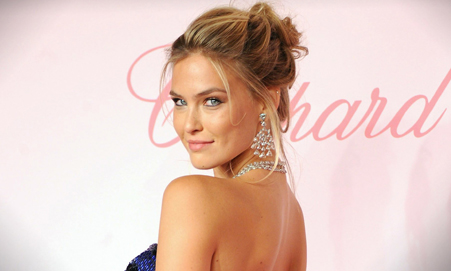 This isn’t Refaeli’s first foray into acting—she plays a Mossad agent in the upcoming film Kidon, and showed off her sense of humor (among other things) in the sex tape kickstarter campaign she filmed for Funny or Die. Refaeli doesn’t have any lines in the new ad, but she definitely gets her point across.

She even posted a picture of the moment before her epic smooch on Instagram—though we’re not sure during which of the 45 (45!) takes it was snapped.

What do you think of the commercial? Funny or tasteless?

Previously: Bar Refaeli Wants To Have Sex With You On Camera

5 Jewish Moments From the Super Bowl