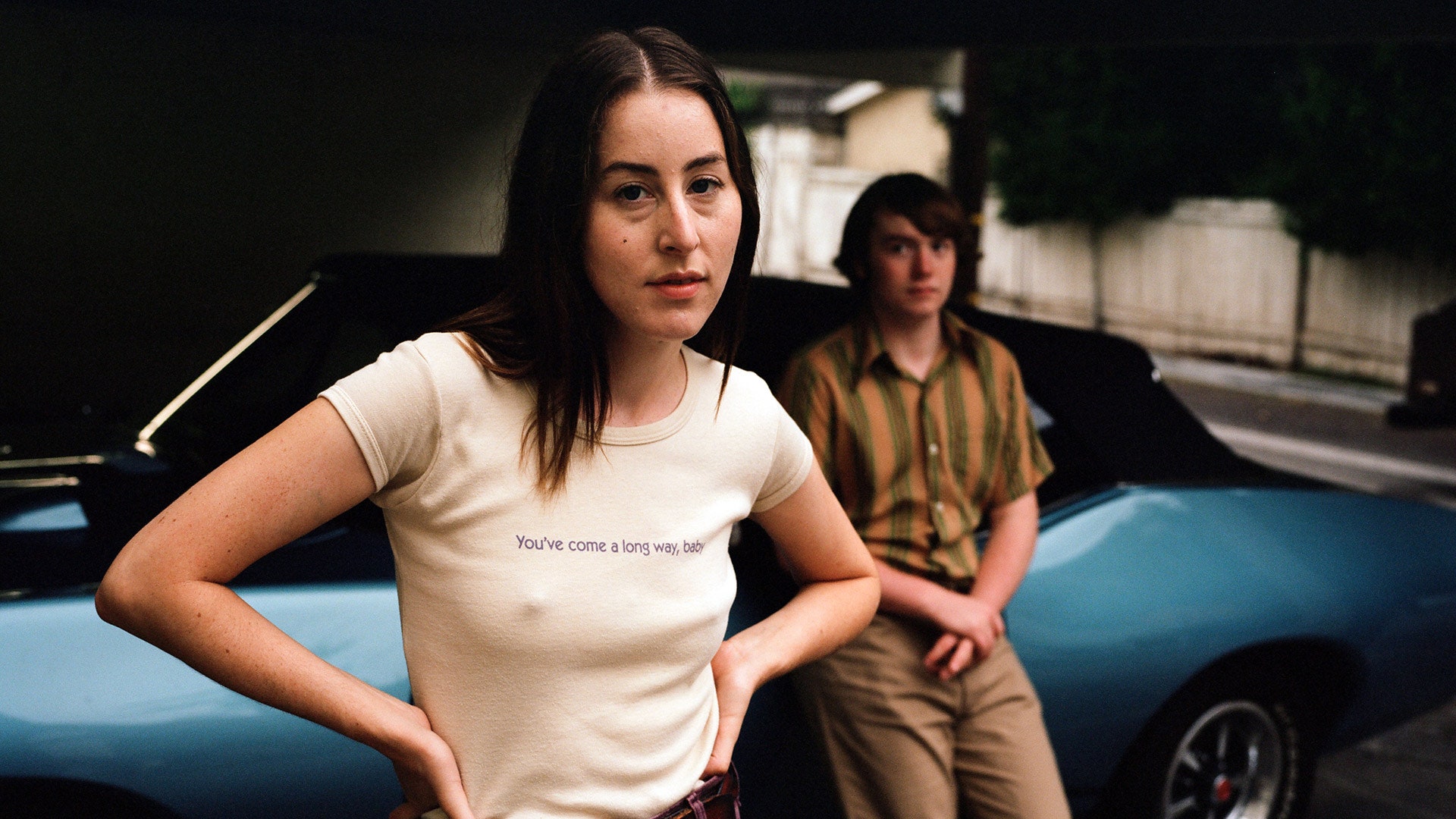 One of this year’s Oscar nominees for Best Picture is Licorice Pizza, the ninth film from writer-director Paul Thomas Anderson. The filmmaker, known for his large ensemble pieces, presents an inviting and charming story of friendship, partnership, and maybe even romance starring two first-time actors. One is Alana Haim, whose band’s music videos Anderson has directed for the past few years. The other is Cooper Hoffman, whose late father Philip Seymour Hoffman appeared in five of Anderson’s films. Licorice Pizza is a fantastic, immersive film, but it’s also one with a very interesting relationship to Judaism.

It’s worth pointing out Anderson’s previous brushes with religion in his past projects. In There Will Be Blood, Paul Dano played a preacher who sparred with Daniel Day-Lewis’ oil magnate and sought to cure him of his wickedness through honest faith. The charismatic Lancaster Dodd, played by Philip Seymour Hoffman, is the leader of a Scientology-like religion in The Master, which centers on the devotion of a disillusioned veteran, portrayed by Joaquin Phoenix. And coincidence and chance are the masters of fate in what may be Anderson’s best film, Magnolia, which includes many unexplained occurrences that must be linked in some way to a form of higher power.

In Licorice Pizza, Alana is Jewish, born to Israeli parents just like the real Alana. In fact, Alana’s older sisters, Este and Danielle, play her sisters, and her parents, Moti and Donna, also portray themselves. Alana’s Jewishness comes up at multiple points throughout the film, including in a memorable scene where Harriet Sansom Harris’ agent repeatedly makes mention of her Jewish nose. That’s not necessarily meant as a detractor, but instead just one of her features which is, at the very least, distinctive. Such stereotypes have not historically been considered positive, but Alana has accepted the nature of her face and the fact that it’s just part of her charm.

It’s important to note the impact of this scene in comparison to another moment that has attracted negative attention. Japanese restaurant owner Jerry Frick (John Michael Higgins), when meeting first with a newspaper representative and then young entrepreneur Gary, puts on a cringe-worthy Japanese accent to ask his wife a question. That he’s asking in English and that she answers in Japanese with no subtitles is just puzzling and obviously meant for comedy, and in the second scene it’s an entirely different actress playing a new wife, who fulfills the same purpose of being nothing more than a punchline. Asian-American groups have rightfully taken issue with these scenes, which, like a recent Holocaust joke on And Just Like That, play no greater role in the film and could have easily been left out.

It’s as hard to grapple with the presence of that clear racism as it is with the age difference between the two leads, who do explore a romantic relationship. When Alana first meets Gary, who instantly expresses interest in her, she notes that any union would be illegal because she is 25 and he is 15. Yet they spend almost all their time together, and a connection develops. There is a beauty to it, and this film doesn’t judge them for being at different points in their lives, instead highlighting how the discrepancies in their maturity levels and the way that they spend their time makes it difficult to imagine that they could really last.

Forgiving those two questionable elements of Licorice Pizza may make it challenging to get through and to adore for some viewers. But there is truly something that feels magical about its storyline, which is at times larger-than-life and allows a fifteen-year-old actor to accomplish incredible things. Haim and Cooper are both extraordinary talents, and while they are better known for their music and famous parents, respectively, they should absolutely return to future roles since they are inherently skilled. Anderson also knows how to work with actors, something he has proven over and over again, leading his past performers to nine Oscar nominations (Haim and Cooper have received other accolades for their work this past year).

What should make Licorice Pizza particularly poignant for Jewish audiences, however, is a scene that has far more depth and isn’t meant to be merely for a quick laugh. When Alana brings Gary’s friend Lance, played by Jewish actor Skyler Gisondo, over to meet her family, they sit down to a Shabbat dinner. Alana’s father Moti asks Lance to lead the most basic of Jewish rituals, the motzi over the challah. Rather than feign ignorance or reveal that he isn’t Jewish – a typical plot point in situations like this – Lance raises a pointed objection, declaring that he is an atheist and has made a vow not to participate in any prayers. That show of principle is more offensive to Moti than anything else, underlining that tradition has a deep place in any family, something Lance’s refusal to honor deeply wounds. There is so much packed into the two hours and thirteen minutes that Licorice Pizza runs that everyone will be able to find something different. Cameos from Bradley Cooper, Sean Penn, and others enhance a story that is most about two people who share a deep connection, one whose physical nature may disgust some and whose ethical acceptance the film doesn’t dwell much on, just as it does nothing to excuse its Asian racism. There is a transporting nature to the way this film feels, and it’s even more rewarding for fans of Anderson’s who may have liked his previous work but have never experienced anything quite like this before.

What the Heck Is an NFT?

Jewish Activists Can Take the Heat