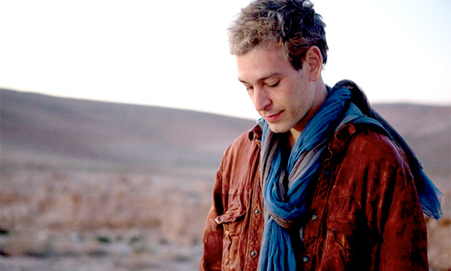 Breaking news, young Jews: In a recent interview with New York Magazine, Matisyahu maintains that he is still more Jewish than Drake, even after the public release of his freshly shorn face in December 2011. Although Drake, the Canadian television star-turned-rapper, has a Jewish mother and is therefore halachically Jewish, Matisyahu upholds his claim that he reps the tribe better than the Canadian rapper. This, of course, despite Drake’s rambunctious and outrageously lavish Bar Mitzvah-themed music video.

Of course, biologically speaking, it is impossible for one Jew to be ‘more Jewish’ than another. But let’s run with it: although Matisyahu has ditched the scruff, he seems to identify with a more modern stream of Judaism. Unlike in a previous stage of life, during which he refused to walk outside with his glasses on so as to not be tempted by posters of scantily-clad women (there are women-obscuring glasses for that, it turns out), Matisyahu now has a broader and more open-minded perspective. Speaking of the character he plays in the new Jewish-themed dybbuk horror movie, The Possession, he says, “He saw that humanity was bigger than one race or religion, and I kind of feel like that’s what I do. People really ripped me apart for going out in the world and playing music for non-Jews, but that’s not the issue for me.”

Let’s not get too excited, though, about Matisyahu’s newly discovered secularism: he still keeps kosher, doesn’t hold concerts on Saturdays, and knows a lot about dybbuks from his new film. And let’s be real—his beard was shaved in a Supercuts on the Upper West Side, a place not-quite-devoid of Jewish brethren.

As Matisyahu said himself: “It grows back!”

Related: Matisyahu Shaves Beard, Is No Longer Hasidic [The Scroll]

In ‘Demon,’ the Dybbuk Returns