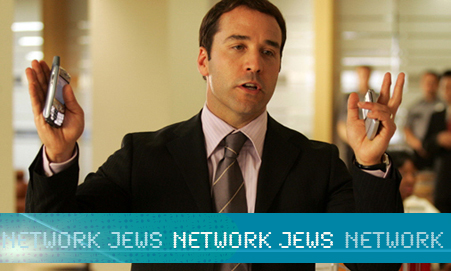 Ari Gold, the Hollywood super-agent with a manic determination to get the very best for his clients—and himself—never quits. He also doesn’t care who he has to crush in the process. The HBO show that revitalized Jermey Piven’s career might have been named after the eponymous entourage for Vincent Chase (Adrien Grenier)—the up and coming actor inspired by the experiences of the show’s creator, Mark Wahlberg—but the real star of the show was always Piven’s cutthroat Jewish agent. And he has three Emmys to prove it.

Piven’s Wahlburg is real life super-agent Ari Emanuel—currently at the helm of the William Morris Endeavor agency, one of the film and television industry’s leading talent agencies—and like him, the fictional Ari’s subversive effectiveness in the business is legendary. But so is his nonapologetic approach and incessant sarcastic mockery—something that became one of the show’s staples when taken out on his long-suffering assistant, Lloyd (Rex Lee), who is ridiculed relentlessly for his sexual orientation and Asian heritage.

It’s easy—and right!—to be offended by Ari’s insults and abuse, but it’s your dislike for him that makes watching his outbursts so enjoyable. There’s a reason Ari outshines the show’s ‘movie star,’ but this hardly makes him a banner of Jewish values. Then again, like any number-crunching Jewish businessman, Ari has a humanizing Achilles’ heel—his wife (Perrey Reeves).

Known simply as “Mrs. Ari” until the show’s final season, his wife is the only person who can bring him to his knees, begging for forgiveness. Such penance made for one of the most memorable episodes, “Return of the King,” which took place on Yom Kippur. Entourage never shied away from Ari’s Jewishness—his daughter’s bat mitzvah became a business opportunity for Ari to showcase his star client as the cake cutter—but Ari never seemed to take it seriously and often used it as shtick in his tirades.

The episode saw Ari belligerently pestering a producer during a Yom Kippur service to try to secure a movie deal, only to see his aggressiveness lead to its destruction. Admonished by Mrs. Ari for popping a breath mint and robbed by her of his phone (and the backup he hides in his sock), Ari even tells his daughter that the beauty of Yom Kippur is being able to sin during that day and apologize by sundown.

Hollywood is, perhaps, a better place to be a Jew than many other industries, but Ari still treats it like a crutch more than anything else. His need to barter and think only about business on Yom Kippur not only ruins his deal, it also shows his lack of appreciation for his religion. When he needs to find a way to get to the producer’s synagogue and realizes that he has no cash on him, he concludes “Like our desert-dwelling ancestors, we walk.” Ari’s Judaism is, like everything else in his life, a bargaining chip, something to help him achieve greater success.

But Ari is not without redemption, and the series finale finds him abandoning his life of work and quitting his job to show his wife how much he cares for her. But then, after the credits, Ari received a phone call offering him the job he always wanted: heading a studio. Now that the Entourage movie that no one asked for (in the words of Vulture’s Josh Wolk, “The only logical explanation for an Entourage movie is that Mark Wahlberg … is taunting everyone who vocally disparaged his show in its later years”) has been confirmed, Ari is coming back. Well, as long as too much sushi doesn’t stop him.