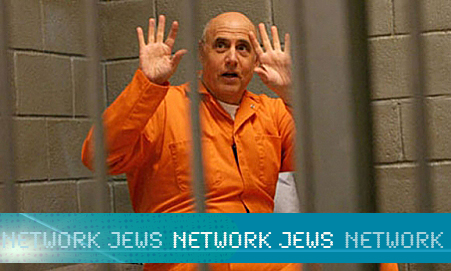 Like most of the great TV shows of my generation—Freaks and Geeks, Futurama, Family Guy—Arrested Development was unlovingly canceled by curmudgeonly executives to the chagrin and disappointment of nerdy fans everywhere. Yet in its time off the air, Arrested Development has gained an unprecedented cult following, with fans producing such Tumblr gems as Arrested Decision 2012 (which mashes up campaign photos with some of the best AD lines) and Lucille and Mitt (which does the reverse); fan-made documentaries, and enough uproar to convince executive producer and narrator Ron Howard to revive the series for a fourth season on Netflix next year, which some boldly claim will change the way we watch TV.

Before this announcement, I had pushed back such dreams to the part of my brain occupied by fanciful delusions—the next time I’d see the Bluth family would be when the Chicago Cubs made it to the World Series (them actually winning is beyond delusion) and when Led Zeppelin announced a reunion tour.

Now that my fantasy is a reality, what I’m most looking forward to laughing at again are the constant personal disasters inflicted and received by the Bluths, caused by their evil genius, well-intentioned foolishness, or, often enough, both—Maeby’s (Alia Shakwat) attempts at fraud by pretending to be suffering a rare illness or a Hollywood executive, the fiasco behind “There’s always money in the banana stand!” or my favorite, Tobias’ (David Cross) fusing of his analyst/therapist skills to become an “analrapist.”

While the manipulations of those like Gob (Will Arnett) and Lucille (Jessica Walter) are often shallow and unintentional, George Sr.’s (Jeffrey Tambor) are the most successful, as he manages to manipulate every situation he finds himself in, even pitting his sons Gob and Michael (Jason Bateman) against one another for personal gain in a perverse rendering of the Jacob and Esau story. Sent to solitary confinement after an escape attempt from prison, George Sr. witnesses a sign from above—a shadow on the wall in the shape of a Star of David, complete with that schmaltzy clarinet music—and decides to become a Jew, crafting an improvised yarmulke out of his felt shoe (leaving an amusing tan line).

What this Judaism actually accomplishes is not much at all—he speaks slower and softer, he is exempt from the infamous “no touching” rule, but he’s still an unrepentant and self-interested liar (the producer, Mitchell Hurwitz, and several cast members are in fact MOTs—including Tambor, something he discussed with Marc Maron earlier this year.

Despite any signs of a moral turn-around, George Sr.’s turn to Judaism is insincere—as we’ve come to expect from any attempt at change from the Bluths. He informs Michael during a visit that it’s the first day of Yom Kippur, but even Michael knows that the holiday only lasts one day and that it was “back in September.” And although he calls himself a scholar, much of what he cites as Jewish religious insight, either in his Torah study group in prison or his gimmicky video series “Caged Wisdom” is not particularly serious or Jewish at all. One would be hard-pressed to find Rabbis debating how to spell “Hanukkah,” and as far as I know, finding joy in solitude—the basis behind his conversion—is not a particularly Jewish value at all, considering that much of Jewish life consists of being part of a group, either in a minyan or a mahjongg game.

Perhaps the only instance of anything particularly Jewish, aside from the ritual prayer shawl and tefillin that George Sr. dons in the “Caged Wisdom” infomercial, is when he mentions in a prison yard confrontation with “White Power” Bill that Jews believe that a part of heaven can be attained on Earth (i.e., the Sabbath). However factual this bit of info really is, we find that it’s probably artificial, telling Michael that he must get ready for the Sabbath, even though “it’s only Tuesday.”

Judaism, a religion that highly prizes morality and wisdom, are the two values that the Bluth family fundamentally lacks—and when George Sr. adopts the faith, we instantly (and correctly) suspect him of conniving some manipulative plan, twisting his conversion to serve his own needs. In Season 2, when he’s hiding in the family’s attic as a fugitive, his readiness to adjust to new circumstances is evident when he briefly adopts Christianity after finding a pamphlet on Jesus and a cross-shaped scar on his forehead. Converting various inmates and creating self-help tapes has very little to do with the fleeting faith George Bluth Sr. may have dabbled in, and is instead used to command respect as a leader of converts in his new prison environment.

While most of the family is either indifferent or at least tolerant of his conversion, the only one who calls him out—and the only one equally, if not more, capable of such funny self-interest—is his wife, Lucille. It seems that George Bluth’s foray into Judaism is one part of the family’s characteristic Chicken Dance—just another display of hilarious cruelty and stupidity.

Max Daniel is an undergrad at Columbia and JTS, studying American Studies and Jewish Literature. When not attending Bob Dylan concerts or writing for The Current, he can be found formulating conspiracy theories about the origin of the Internet.