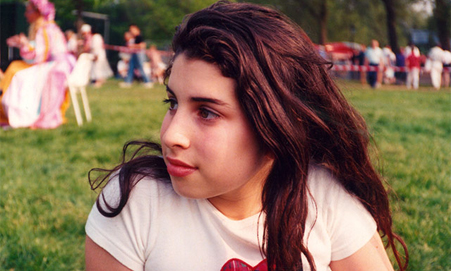 On the first anniversary of Amy Winehouse’s death, her family lit a yahrzeit candle as fans, fellow artists, and media outlets alike paid tribute to the powerhouse singer and her soulful legacy.

In a moving, picture filled article on Winehouse, who died of accidental alcohol poisoning at age 27, The Guardian‘s Tim Jonze writes:

[Bill] Ashton thinks the biggest contributing factor to her talent was the fact that her father, Mitch, was a Jewish taxi driver. “They’ve got the best musical taste of anyone,” he says. “They’re extremely discerning, and their taste runs through very good singers. When NYJO [National Youth Jazz Orchestra] did concerts at the Barbican, accompanying people like Buddy Greco, Rosemary Clooney or Peggy Lee, the entire audience was Jewish taxi drivers.”

In April 2011, three months before Winehouse died, Dvora Meyers wrote presciently about the troubled singer in Tablet Magazine, articulating the strong influence Winehouse’s Jewish upbringing had on her music. “Though she cloaked herself in the style and sound of girl groups from 40 years ago, Winehouse brought a thoroughly modern—and Jewish—sensibility to her lyrics and performances,” Meyers wrote. “She spoke not of love and romance, as her predecessors did, but of addictions, sex, and every Jewish girl’s favorite emotion: guilt.”

Meyers, who once dressed up as Winehouse for Purim, even compared the regretful, if inevitable, lyrics of “You Know I’m No Good” to the intense, methodical chest-pounding of Yom Kippur synagogue-goers:

And for the sin of cheating on my boyfriend.

And for the sin of thinking of you when I’m trying to please a new guy.

And for the sin of cheating. Yet again.