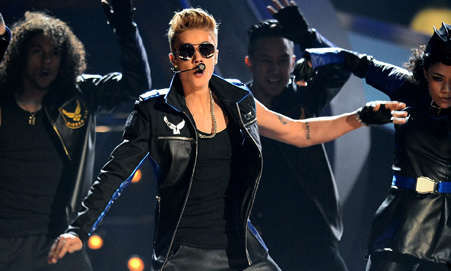 Here’s a video of Matisyahu’s adorable young son Shalom singing his father’s song “Live Like a Warrior,” which Matis the elder dutifully posted on YouTube. The boy, who appears to be growing peyes, smiles sweetly at the camera and says the song he’s singing is “by my daddy.”

BuzzFeed-ready publicity stunt? Maybe. But Matisyahu’s re-reinvention as stage dad might just be his best one yet: Mini ‘Yahu could totally be the next (next?) big thing in the pop game. After all, the Biebs will be almost 40 in popstar years by the time Shalom even gets bar mitzvahed.

We’ll start brainstorming nicknames for his tween fan base. See you in 2023…

Previous: Does Matisyahu Look Like Old, Fat Justin Bieber?
Matisyahu Says He’s More Jewish Than Drake, Even Without His Beard