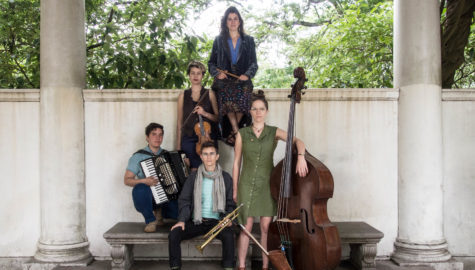 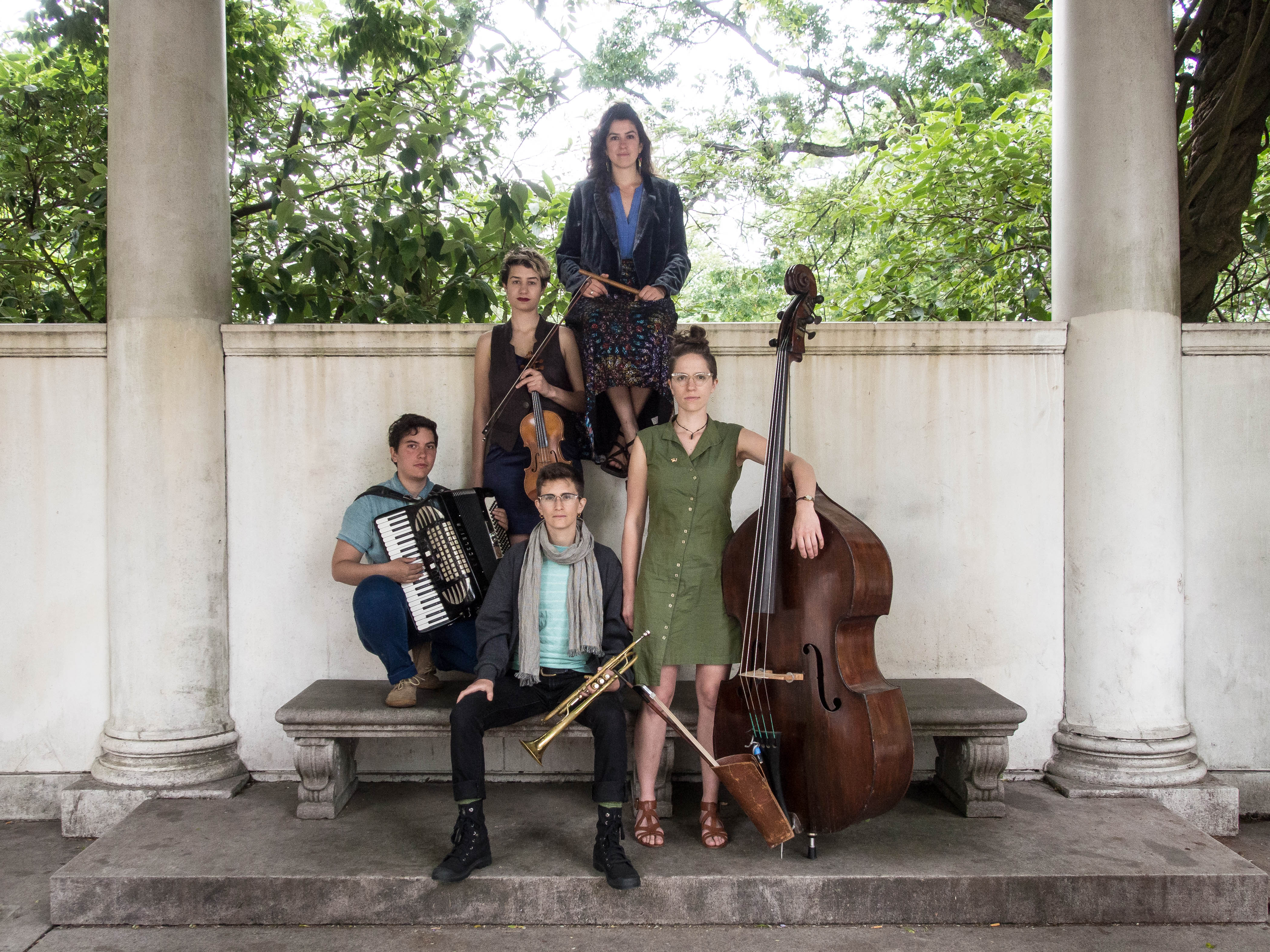 If you want songs of resistance at a time of political volatility, you don’t have to go much further than your own backyard. And one new klezmer collective would like to remind you of that fact.

Tsibele means onion, which every viewer of Shrek (also a film with a Yiddish title) knows has layers. This band also has a lot going on; They’re mostly standard klezmer, but with the occasional rock twist. The melodies (with a few exceptions) are traditional, but the arrangements are new, and intentionally “dark.” And peeling away contemporary issues of “life under capitalism, tyranny, and heteropatriarchy” reveals— that these problems aren’t new.

Blend together these klezmer traditions from various countries, eras, and styles, and here you find something decidedly haunting, though at times defiant. Take “Di Svet Shop,” the song adapted from the Morris Rosenfeld poem of a first-person account of toiling in a sweatshop. You don’t need to understand the rich Yiddish used to understand the pain of the narrator. Presented with equally sad sincerity is “Tsvelef a Zeyger” (“Twelve O’clock”), which tells a tragic story of male on female violence.

There’s no need to sing songs of Trump or #metoo here; there’s plenty of material from over the last century that more than speaks for itself.

“Destroy the tyrants who are sucking our blood,” goes “Dem Nayntn Yanuar” (“Ninth of January,”) “They suck our blood like it’s the best wine/The czar and the government should go to hell— And they will.”

In case you have blessedly forgotten, tomorrow marks the first Election Day since— well, last Election Day. So if you want to decompress after voting, come to the band’s New York album release party, at Jalopy Theatre and School of Music at 8 p.m.

Or, you can listen to (and/or buy) the new album online. And watch them in action below:

Photo of Tsibele by Luisa Muhr.