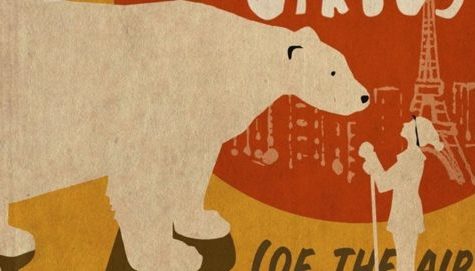 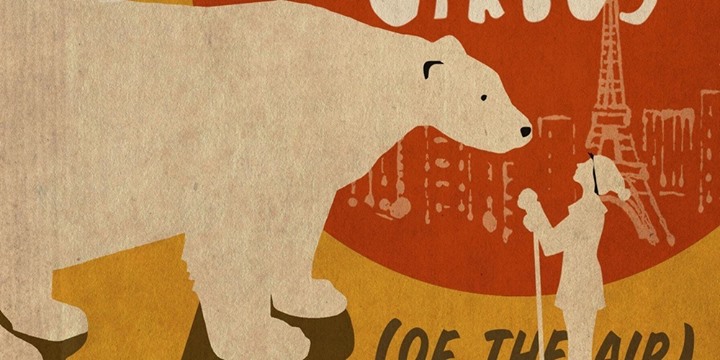 There have only been five episodes of the show so far, so it’s not too late to get in on the ground floor of The Orbiting Human Circus (Of the Air). The show is part of the Night Vale Presents network, of which the titular podcast has also included Jewishness before (Remember when Cecil Gershwin-Palmer learned an old prayer in “Torah school”: “Where everyone just shouts, “De-fense! De-fense!” while clapping in rhythm?”).

Part of The Orbiting Human Circus’s appeal is that it’s rather difficult to describe, but it’s best summarized as the ongoing adventures of behind-the-scenes of the world’s most famous (fictional) radio program, broadcast from the Eiffel Tower, centered on the exploits of the Tower’s janitor, a put-upon young man named Julian. The podcast is also filled with segments from the titular show-within-the-show, which is usually quirky music or some form of experimental storytelling.

Julian is portrayed by show creator Julian Koster, who is best known for his involvement with Neutral Milk Hotel— that’s right, the band most known for their album that features Anne Frank as its central figure.

If there’s anything Jews like, it’s finding a Jewish connection to secular culture (take this article, for example). And, so, in the second episode of Circus, the show within the show references an ongoing series on the “formative influence of Judaism on rock and roll.” And who better than to demonstrate? Mandy Patinkin as 1920s cantor Moishe Lebowitz. Yes, this podcast got Mandy Patinkin to sing in Yiddish a song in the style of cantorial greats that sounds vaguely like “Surrender” by Cheap Trick. As previously stated, the show is rivetingly weird.

Another episode features the Alicia Svigals Klezmer Ensemble (Svigals is a big name in the scene). Plus, there are other little references, like bit characters “Brooklyn bagel bakers,” who speak in thick Yiddish accents (voiced by one Khayim Wolff, according to the show’s website). And the holiday episode featured Jewish author Larry “Ratso” Sloman as the Jewish protagonist of a Christmas story.

What’s also arguably Jewish about the podcast is its setting— while it avoids giving itself a specific date (and its world is obviously more fantastical than our own), there’s something European, cosmopolitan, and nostalgic about it. It’s like a dieselpunk France populated by the most interesting and colorful of characters. It’s diverse beyond Jewishness (one Roma character has made a brief appearance), and, so far, no mention of war or grand-tragedy. Listening to The Orbiting Human Circus is settling into a rich Old World that was never able to be, and Jews are fully a part of it.

And if that sounds like a reach, then settle for major klezmer artists and/or Mandy Patinkin singing in Yiddish. Surely that’s Jewish enough for you.

Image from The Orbiting Human Circus (of the Air).