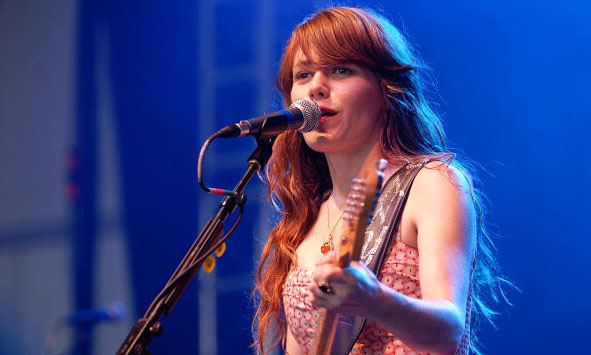 On Monday night’s episode of Jimmy Kimmel Live, American thrash metal band Megadeth teamed up with lead singer of indie-rock band Rilo Kiley, Jenny Lewis, for a truly one of a kind rendition of “Baby, It’s Cold Outside.”

Dave Mustaine, controversial lead singer of one of the heaviest rock metal bands around, was born Jewish but raised Jehovah’s Witness. You may recognize Jenny Lewis from rock band, Rilo Kiley, or from her childhood acting in 80s classics such as Troop Beverly Hills. The Jewish singer maintains an under the radar ‘Silver Lake, California vibe,’ which makes the whole gathering even more bizarre and entertaining.

Jimmy Kimmel asked Megadeth if they would be “kind enough” to unveil their (fake) new Christmas album. Watch the audience of little kids gaze in disbelief as the screamo band covers “Frosty the Snowman,” “The Little Drummer Boy,” and “Do you hear what I hear?”