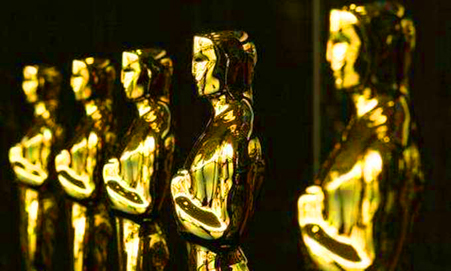 The 2013 Academy Award nominations were announced this morning, and two films about Israel garnered Best Documentary nominations. The Gatekeepers, which features frank testimony from former heads of Shin Bet, Israel’s intelligence bureau, and 5 Broken Cameras, a film shot by Palestinian farmer Emad Burnat documenting protests against a separation fence built in his village, will both be up for the Oscar.

In December, Danielle Wiener-Bronner wrote about her experience watching The Gatekeepers, a somber film featuring candid discussion about the subjects’ involvement in past intelligence operations and thoughts looking forward:

The Gatekeepers, while certainly not optimistic, is also not a hopeless film. The men, who approach their histories with surprising frankness, seem to be thirsting for peace. It’s easy to see them as mouthpieces for the majority of the region’s people—sick of war, sick of needless death, sick of struggling with their conscience at every turn. They seem about ready to reject the complexities of their past for a simple future, one unencumbered by history. They might not believe that it will happen, but they want it to, and we are left feeling that, maybe, it’s the only way to start.

Over at the Scroll, Rikki Novetsky wrote about 5 Broken Cameras, which was co-produced by Burnat and Israeli documentary filmmaker Guy Davidi:

Emad Burnat and Guy Davidi’s 5 Broken Cameras is a 2011 film that chronicles peaceful Palestinian resistance in the Arab West Bank village, Bil’in. Viewers are taken behind the camera of Palestinian villager Emad. Throughout the film, five of Emad’s cameras are smashed by the IDF, yet he continues to record the countless arrests and raids that affect his friends and family.