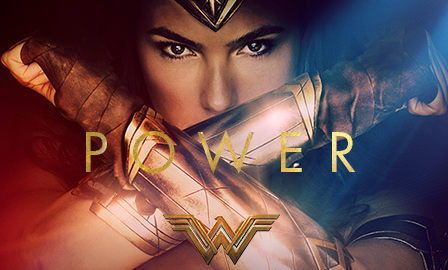 Poor Wonder Woman. Not poor Diana of the Amazons; she can take care of herself. But seldom does a commercial film carry so much weight of larger significance as the new superhero(ine) flick. Every aspect of what the movie says about gender, and what it means for women in the media, has come under scrutiny.

And on top of it all, there’s the political aspect of its star, Gal Gadot, as an Israeli. Political, as in, the entire country of Lebanon has banned the film because of the background of its star. But on a smaller scale, Gadot’s social media posts about Hamas, the IDF, and her national identity have also sparked debate and controversy, often linked to her very visible position playing the female embodiment of justice.

But the point of the Wonder Woman film is that no humans are pure, that no adult has all the answers. The film is a coming-of-age story for Diana, princess of the Amazons, as she has to grapple with the monstrosities that occur in a human world that also fascinates her.

In the film (and the comics, more or less) Diana comes from a society that’s defined by the notion of self-defense and survival, but hasn’t had to actually had to take up arms in an obscenely long time (possibly millennia?). As their princess, Diana considers war an abomination, but also loves the idea of getting a chance to kick some ass. And whaddya know! World War I happens to be raging, and the Amazonian gets her chance to leave her island for the first time and join the fray. But of course, of all the wars in human history, the Great War is known as being particularly brutal and bloody, as well as morally and politically complicated.

Diana quickly assumes that Germany is under the corrupting influence of Ares, the god of war. But as someone raised with war as an abstract, she begins to become confused by even hints of moral relativism or nuance. Why are some British officials resistant to the Armistice? What is the point of trench warfare? Why can’t she stop and save everyone she encounters along the way to her ultimate goal of ending the war? While the film mostly avoids the trope of a physically mature woman with childlike intellect, Diana’s questions sound like a child learning about present-day conflicts, like Syria, or yes, Israel-Palestine.

Eventually, disillusioned, she comes to the conclusion that Ares is not only influencing the Central Powers, but the Allies as well. As an independent agent representing only peace and justice, how can she ally herself with either cause?

Without spoilers, you might argue that the film is a bit muddled in its resolution of the matter, but it’s fascinating that it brings them up in the first place. And seeing a former Israeli soldier at its center is poignant; now, 50 years after one of Israel’s most significant, and controversial wars, grappling with unimaginable complexity remains at the heart of political discourse about Israel-Palestine.

Every person involved in a real-world conflict would like to be Diana, and would like to be a hero facing a villain, as if the battle is no longer worth fighting without moral purity. But even Diana, through the mouth of an Israeli, comes to see that situational simplicity is, at best, a luxury.