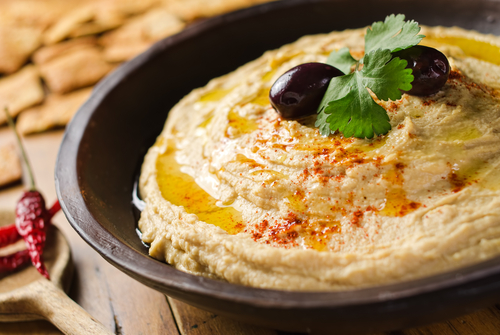 Chickpeas, also known as Garbanzo beans, are those little flesh colored legumes that come in a Goya can. Sometimes they’re mashed into a creamy paste by Sabra—or some other inferior brand of hummus. At least that’s what I thought until tonight’s dinner.

I went over to a friend’s apartment to make supper, and along with fresh green beans, ripe tomatoes, and multiple bulbs of garlic, she whipped out a bowl of what looked like dried out raisins. “They’re heirloom chickpeas,” she said. “My sister got them for me.” WTF? On closer inspection these brown spheres did resemble a bean, but definitely not the plump spheres I occasionally tossed into green salads. But that’s just the thing about heirloom vegetables. Most of the vegetables found in supermarkets are bred (or genetically modified) to 1. look pretty 2. stand up to the long distances they travel from farm to table. Heirlooms are, as their name suggests, an older variety of a plant that has been largely knocked off the agricultural playing field. If you’ve ever wondered why heirloom tomatoes often look so ugly, it’s because they pre-date our cultural obsession for fat, uniform—and tasteless—produce.

According to Madhur Jaffery, author of the James Beard Award Winning World Vegetarian cookbook (and one of the fiercest foodies out there): “Chickpeas originated in ancient times, probably in the southern Caucasus region, helping to feed Turkey, Syria, Iran, and Armenia… The early chickpea was probably small and dark, and was eventually bred to be large and pale.”

These chickpeas were not gorgeous, but upon tasting one I was more than willing to overlook trivial things like surface beauty. My friend and I made fresh hummus, which resembled a black bean dip and literally made my night. Check out the recipe below.

(This recipe is very loosely based on Jaffrey’s “Bead Hummus.” Like a good bubbe’s recipe, the quantities are approximate. Just fuss around with it until it “looks right.”)

Puree the chick peas and garlic cloves in a food processor until roughly chopped. Add all other ingredients and process again until smooth. Taste and adjust seasoning, tahini, etc. until you reach the right consistency and flavor.

Leah Koenig is the Editor-in-Chief of The Jew and the Carrot: Hazon's Blog on Jews, Food, and Contemporary Life (www.jcarrot.org) She is also a freelance writer living in Brooklyn (as far as she knows, she's the only one.) She loves shopping at the farmers' market, braised greens, and a good, stinky cheese.