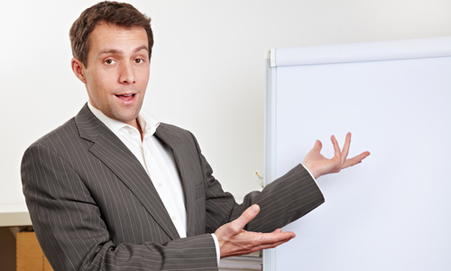 My favorite tweet on election night came from Alec Baldwin:

You know your party’s in trouble when you read this:A: The rape guy lost.B: Which one?

It sort of sounds like a joke Tina Fey (or her alter ego Liz Lemon) would write, and while funny, it’s also very depressing. That there were actual candidates representing a major party on the ballot that thought of rape as anything other than a violent crime is astounding. But sadly, it’s been par for the course this year.

Though the most pressing issue for most voters was the economy, 2012 has felt like the year of “I Can’t Believe We’re Still Fighting For This,” which is basically like the buttery spread but with more misogyny. I was raised on the ideas that birth control will always be there for us and that rape is a brutal crime and violation of another person’s body (with no “silver lining”). This election, however, demonstrated that these ideas hadn’t achieved the widespread acceptance I (and many others) had previously assumed. It seemed that the jury was still out on “rights,” “equality,” and “science.” Because this jury closely resembled the one in Twelve Angry Men.

In the months leading up to the election, I found myself getting progressively angrier. I couldn’t believe that progressive women were still putting out fires I had long thought extinguished—whether it’s fighting for insurance coverage of contraception or access to an abortion even if a woman isn’t bleeding to death. Every time a male Republican politician opened his mouth to explain rape, pregnancy, and motherhood to women, I felt my blood pressure jump.

I’ve had more than my fair share of “mansplaining” in the two-plus decades I spent as an Orthodox Jew. (God, am I ever grateful for introduction of “mansplaining” to the lexicon. Would that I had known about it fifteen years ago while I was still a student in yeshiva high school.) In school and out, rabbis were gracious enough to explain the ritual restrictions placed on women, because they knew us better than we knew ourselves. They told us that females were more spiritual, elevating us to unearned spiritual heights in order to keep us out of public synagogue life. (You don’t need to do that cause you’re so much holier than men. What?) They told us we were all destined to become mothers and therefore didn’t need to bother ourselves with time-bound positive commandments cause we’d be caring for babies. Elaine, you gotta have a baby.

During the domestic policy debate, Mitt Romney did an excellent job mansplaining how he understands the needs of working women by repeatedly insisting that females who have families should be allowed to go home early to care for them. As if childcare is the only thing a career woman would be concerned about—and the only acceptable reason a woman, or anyone for that matter, would need to leave work early. (Also he said “if” a woman chooses to work at least three times during that debate as though not working was a realistic choice for most women.)

Well, for all the male politicians who claimed to know women better than we know ourselves, they were mostly resoundingly defeated on Tuesday. The rape apologists, from the vice presidential nominee (though he did keep his congressional seat) on down were voted out of office by the very constituency they professed to understand so well.

But it’s just not the defeat of some openly and dangerously misogynistic legislators. This election has also brought the number of women in the Senate to 20, an all-time high. Some of these women are particularly inspiring progressives, including Elizabeth Warren and Tammy Baldwin, the first openly gay senator.

Increased female representation in Congress and other governing bodies is essential and not just because all women think the same about all issues. We’re not exactly a monolith. But the more women (and other genders and orientations) present in government and positions of power, the less “mansplaining” we’ll be subject to. I might vehemently disagree with some female elected officials, but at least I won’t have to deal with them explaining women like they’re a relationship expert for Cosmo or the authors of The Rules. (Unless one of these women happens to teach my high school’s “Family Living” class, which prepped us for marriage after graduation and stood in as our sex education. Learning about the different colors of menstrual blood is the same as learning about STIs, right?)

Does this mean that I won’t have another rage fit in a few weeks or months when some conservative politician or pundit or rabbi says something deeply sexist? I’m sure I will freak out. The basic conversation about women’s right and opportunities hasn’t shifted all that much despite the recent electoral success. Merely defeating odious men who have no compassion for rape victims is not really a breakthrough.

But despite my traditionally pessimistic nature, I’m feeling very optimistic right now. (I even re-watched will.i.am’s “Yes We Can” video from 2008. God help me.) With more women in Congress (and with Obama likely to appoint new justices to the bench), I’m hopeful that one day in the not-so-distant future women’s reproductive rights no longer need to be explained and translated quite as much. Like all majority rights, I’d like them to become so accepted and normalized that they’re taken for granted, allowed to fade into the background and not be given much thought, just as men’s Viagra and vasectomies don’t get the full congressional treatment. (And certainly not by a panel of women to the exclusion of men.) They’re just there, like background noise, no mansplaining necessary.