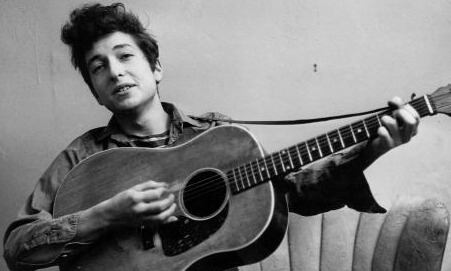 Just last month, Rolling Stone featured Jahar Tsarnaev on its cover, making its editorial decision the most debated controversy for about 15 minutes. But on Friday, a calmer cover hits the stands, depicting a young Bob Dylan, along with a story delving deep into the mystery behind the musician’s mocked 1970 album Self Portrait.

Focusing on the largely untold story of Self Portrait‘s creation, the cover story features new interviews with Dylan collaborators Al Kooper, David Crosby, Roger McGuinn, David Bromberg and Happy Traum. “I thought it was strange, strange, strange,” says Kooper of Self Portrait, which consists mainly of cover songs. “Why is the Shakespeare of songwriting doing other people’s songs? And why is he doing all these old folk songs? What’s going on?”

When the album first came out, Rolling Stone critic Greil Marcus asked “What is this shit?” Perhaps the article, written by Mikal Gilmore, will answer that question. We have, in fact, been wondering.