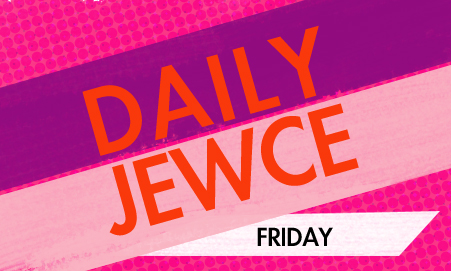 • Maggie Gyllenhaal’s other co-star in Won’t Back Down? Orthodox Jewish lawyer Jay Lefkowitz, the man behind the public-school reform legal battles.

• Sarah Silverman talks about why she made that expletive-laced voting video in an interview with the New York Times.

• Steven Spielberg opens up about his childhood struggle with Dyslexia.

• That new Philip Roth biography? Author Blake Bailey will have “unrestricted access” to him Roth and his material.

• Michael Richards gets real with Jerry Seinfeld about his stalled post-Seinfeld career: