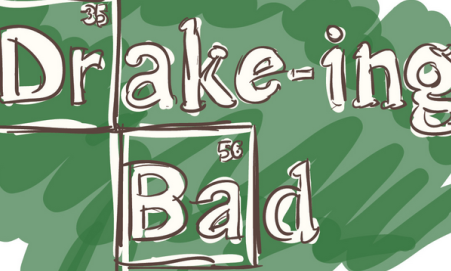 There’s one thing missing from AMC’s critically-acclaimed series Breaking Bad—a gaping void in the show’s reverence. At first it was hard to pinpoint, but now, thanks to one Tumblr, we know that the problem was the absence of our man, Drake.

Drake-ing Bad, a site in which Drake is drawn into scenes of Breaking Bad past, improves on the show, bringing Drizzy joy to our hearts, one post at a time.

This is a tumblr where I draw Drake into scenes from Breaking Bad. Thanks.