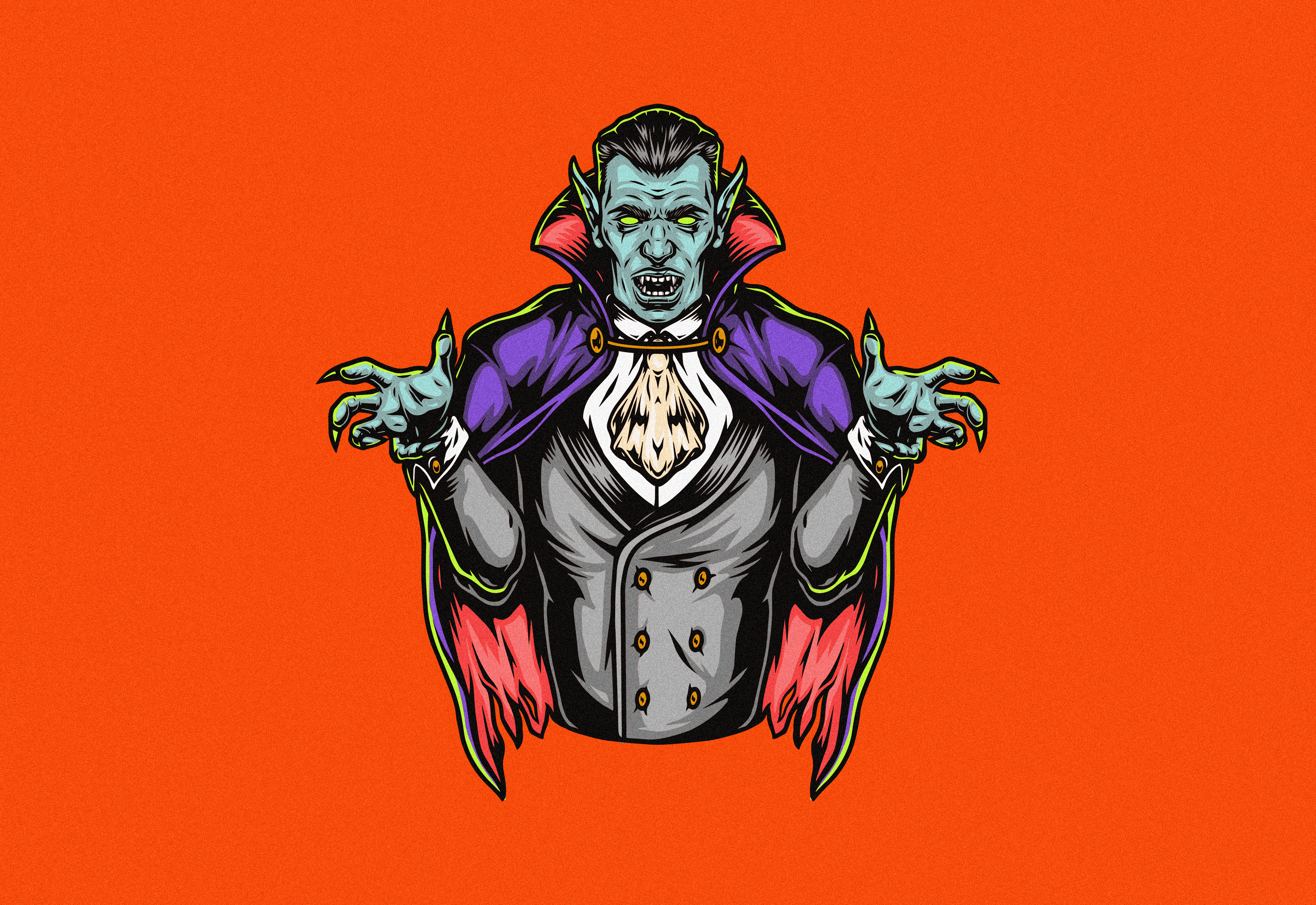 In the 1970s, Saturday mornings were characterized by two things: sugary breakfast cereals and spooky sitcoms. Eyes glued to the TV screen, children shoved spoonfuls of Cap’n Crunch into their mouths pausing momentarily to laugh at The Munsters’ latest antics. Capitalizing on the era of spooky creatures and sweet cereals, General Mills invented Count Chocula and Franken Berry, the first chocolate and strawberry cereals on the market. Debuting in March 1971, the mascots were so popular that Cap’n Crunch practically walked the plank!

General Mills continued adding mascots to the line of monster cereals, but none were as popular as Count — “I vant to suck your blood!” — Chocula. The kid-friendly box of carbs, whose mascot was loosely based on House of Dracula, a 1931 movie starring Bela Lugosi, was beloved by all, that is, until American Jews ruined all the children’s fun.

Due for a makeover, in 1987 General Mills updated the Count Chocula box design with a superimposed image of Bela Lugosi as Count Dracula. He appeared to be wearing a six-pointed “medallion” around his neck which absolutely looks like a magen david. General Mills admitted they goofed and assured American Jewry they’re not antisemitic. “Our intent was merely to use Dracula’s likeness in a fresh and entertaining way,” said William Shaffer, manager of public relations for General Mills.

Dear reader, when I say I rolled on the floor laughing my tuchus off from this Los Angeles Times headline, “Necklace Chokes Count Chocula: General Mills Pulls Box Design With 6-Pointed Star,” unlike the Jews who protested the new design, I’m being hyperbolic. To the rest of the world, the Count Chocolate controversy was a misplaced overreaction to a beloved monster cereal, but to the Jews, that six-pointed medallion sounded the alarms for invoking the deadliest antisemitic trope — the blood libel.

Blood libel, or ritual murder libel, is a centuries old antisemitic canard which outrageously accuses Jews of murdering succulent Christian babies for a myriad of evil doings. Above all, non-Jews were, and arguably remain, convinced that a splash of baby-goy-blood is the secret ingredient to matzah, which is absolutely ridiculous — the secret ingredient is two splashes! Nevermind the fact that the Torah specifically forbids the chosen people from drinking blood and sacrificing infants, the myth of the Jew as a bloodlusting, disease carrying, foreigner bent on sinking their teeth into virgins persisted. Count Chocula is only a more recent depiction of this blood libel, but it was hardly the last and most certainly not the first.

The history of blood libel as an effective means of solving the Jew problem is long and winding, so here’s a cheat sheet on how the creature of the night got his bar mitzvah. And remember, all antisemitic roads lead to blood libel.

Predating Christianity, our story begins in 168 BCE in Jerusalem, when the Seleucid Greek empire was the ruling power. To justify the pillaging and plundering of the Second Temple, King Antiochus IV Epiphanes (the Hanukkah villain) pulled a crazy story out of his tuchus. With full confidence he declared that once a year,  the Jews, Jewish historian Flavius Josephus recorded, kidnapped a traveling Greek, stored him in the Temple and gorged him on fattening foods only to lure him in the woods and kill him. Horrified, the Jews were like “da fuq?” but the Hansel and Gretel-esque story was good enough for the King’s subjects. Fast forward to the invention of Christianity and the beginning of the Medieval Ages, the Greek’s blueprints were all too ripe for Jesus’ followers to take. Like a game of broken telephone, fifth century historian Socrated Scholasticus reported that some Jews, in a drunken frolic, bound a Christian child to a cross in mockery of the death of Christ and scourged him until he died.”

Jumping ahead to 1144, the discovery of young William of Norwich’s lifeless body in the woods spurred the first legit accusation of ritual murder. Despite a single shred of evidence, Christians were all too quick to solve the case by scapegoating the Jews, subsequently spurring a global trend. Adding fuel to the burning fire, a converted Jew concocted an Incredibly Bad for the Jews tale in which a secret international council of Jews selected a different country each year on Passover to ritually murder a scrumptious Christian child, ensuring a return to the Promised Land. OY!

Whenever a Christian child went missing, the Jews were blamed and the god-awful racist parents got off scott free, and the blood libel began taking multiple forms. Accusations against European Jews were incredibly creative, including using baby blood to remedy Jewish men who menstruated, and to aid other mysterious illnesses typical of the Jew (listen, if blood reversed lactose intolerance, we’d be all for it). Shit really started to hit the fan in 12th century Europe when Jews were blamed for spreading the Black Death in an effort to overthrow Christianity.

Associated with rats and other vermin, Jews were slandered, demonized, and thought to be best friends with the devil himself, all of which justified mass pogroms. “However helpless individual Jews might seem, Jewry possessed limitless powers for evil,” historian Norman Cohn wrote. “And already then, there was talk of a secret Jewish government — a council of rabbis located in Moslem Spain, which was supposed to be directing an underground war against Christendom.” Cue Mel Brooks’ “The Inquisition” song.

I could go on about the thousands of Jews murdered in Spain, France, Germany, England, and pretty much all of Europe, but, dear reader, I did promise a brief history report. Yalla, we’re moving on to the 19th century literary world.

At this point, Jews were cemented as the go-to scapegoat for all evils in the world. Obsessed with money, the hooked-nose deviants’ sole purpose was to wreak havoc and infect Europe from the inside, all the while happily noshing on Christian baby blood-soaked matzah. Soon enough, Jew hatred advanced from anti-Judaism to antisemitism, and the urgency to solve the Jew problem advanced. How? Enter Bram Stoker, the author of the 1897 gothic novel, “Dracula.”

Stoker’s protagonist, Count Dracula, wasn’t the first creature of the night in literary fiction, but is hailed as the prototypical and archetypal vampire. Like the Jew, Dracula was a parasite from a foreign country — Transylvania — who traveled to different villages, draining the life out of its hosts. Dressed in all black, the vampire was associated with rats and werewolves, and like the Eternal Wandering Jew, he remained virtually unchanged. Charming and elegant, the pale, undead creature was obsessed with money, and abhorred holy water and the Christian cross. Whether Stoker intended to create a monster based on the perception of Jews is up for debate, but he was a man of his time, and antisemitism was in vogue. Professor of English Ken Gelder wrote that, “the anti-Semitic mythology of the Eastern European Jew folded in to what became — through stoker’s novel about — the “Dracula myth.”

If there was any doubt surrounding the Jewish vampire, the first cinematic portrayal of Dracula cleared it. Albeit being an unauthorized and unofficial adaptation of Stoker’s novel, the 1922 silent German film Nosferatu: A Symphony of Horror emphasized the “Dracula myth.” To avoid copyright infringements, director F. W. Murnau changed Count Dracula’s name to Count Orlok, brought to life by Max Shreck, whose last name coincidently means “monster” in Yiddish and German. While Stoker depicted Dracula as more of an elegant aristocrat, Nosferatu’s Orlok, “with this hooked nose, long claw-like fingernails, and large bald head” was more in line with stereotypical caricatures of Jewish people in 20th century Germany. Deviating from Stoker’s original plotline, Orlok’s trip to the German town of Wisborn absolutely capitalized on anxieties of the German public. Here, the movie’s depiction of an “invasion of the German homeland by an outside force… poses sidquieting parallels to the anti-Semitic atmosphere festering in Northern Europe in 1922,” Professor Tony Magistrale wrote in Abject Terrors: Surveying the Modern and Postmodern Horror Film.

You know who fucking loved Nosferatu? German Nazis, duh, especially Julius Streicher, the editor-in-chief of Der Sturmer, a Nazi propaganda newspaper dedicated to Jew hatred. Actually, the antisemitic paper was inspired by Nosferatu’s Orlok, who, for Streicher, symbolized “the ultimate ‘other’: the anti-German, the contamintaor of the pure blood, the carrier of plagues — in other words, the Jew,” writes Sahara Blau in “Kosher Vampires: Jews, Vampires, and Prejudice.”

Hitler ate this shit up like a child at a candy store and heavily referenced Jewish vampire imagery in Mein Kampf. As part of Germany’s “the Jew as World Parasite” campaign, in 1943 the Regional Education Office of the Nazi Party published Der jüdische Vampyr chaotisiert die Welt — The Jewish Vampire Brings Chaos to the World. Anyway, all this to say that by perpetuating the myth of the supernatural blood lusting Jew, Hitler laid the groundwork to exterminate the Jews with little backlash. After all, he was merely performing a service for the safety of the world, and most importantly, the Aryan race.

So you see, American Jewry had every right to be up in arms over a Jewish Count Chocula. Vampires no longer pose a threat to the Diaspora, and we can drink our chocolate cereal milk free of anxiety. The myth of the Jewish vampire has rested, but be it on the cover of a New York Times paper or a cereal box, like the Eternal Jew, blood libel never dies.