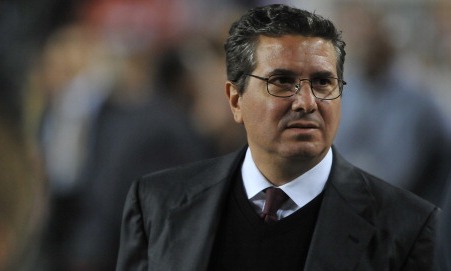 Recently, the contentious debate over whether the Washington Redskins’ should change their team name has escalated. Redskins owner Dan Snyder was quoted back in May seeming steadfast in his commitment to the continuation of the Native American nomenclature in D.C. football. He told USA Today, “We’ll never change the name. It’s that simple. NEVER — you can use caps.”

Well, last night, before the Dallas Cowboys played the Redskins, Cowboys owner Jerry Jones defended Snyder, claiming that he is very sensitive to the Native Americans offended by the team name. Why? Because he’s Jewish, of course.

Hmm. The logic doesn’t totally add up. Shouldn’t the sensitivity that derives from one’s Jewishness help them empathize, or at least understand, the harm a pejorative team name can cause a group of people? Either way, Jewish or not, it’s time for Snyder, and all else involved, to change the name. The Washington RG3s has a nice ring to it.