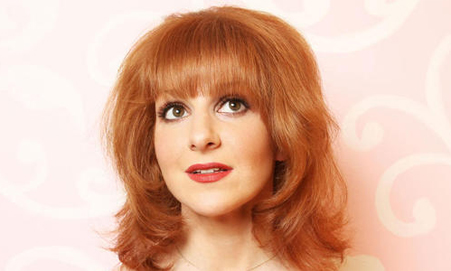 The very funny Julie Klausner, who was a 2010 Big Jewcy and is currently spearheading a bold campaign to pet Duke, the Bush’s Beans dog, also has a lot to say about politics. In an interview with Comedy Central’s Indecision, Klausner talks about Walter Mondale, Pitbull, and Eleanor Roosevelt’s sexy ghost. Here’s a snippet:

If you could meet any political figure, living or dead, who would it be?

Definitely not Hitler. I’m not looking to change any minds with a single example. I guess Teddy Roosevelt, unless he wanted to go hunting. I’m not into killing rhinos, but I’d love to watch him tuck into a meal and I’d happily walk his dog with him around his property. And depending on how things went, maybe I’d angle for a mustache ride as well.

You’re trapped in an elevator with the president. Strangely enough, you also have a superpower: the ability to make him do one thing of your choosing. What would you have him do?

She has our vote.