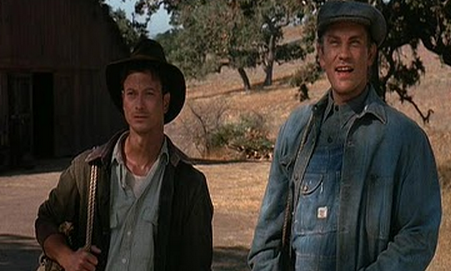 If it wasn’t enough for you that Zach Braff is starring in Woody Allen’s Bullets Over Broadway, get excited for Leighton Meester and James Franco in Of Mice and Men. Coming to Broadway for the first time in 40 years, Anna D. Shapiro will direct the John Steinbeck classic, The Hollywood Reporter reports.

Produced by David Binder, it begins previews March 19 at the Longacre Theatre, with official opening set for April 16. Tickets go on sale Jan. 11 for the limited engagement, which runs through July 27. Remaining cast is to be announced.

Meester will play Curley’s wife, who attracts the attention of Lennie, played by Chris O’Dowd. Franco takes on the role of George, Lennie’s friend and protector.

Let’s all go see it. Adam Brody will definitely be there.