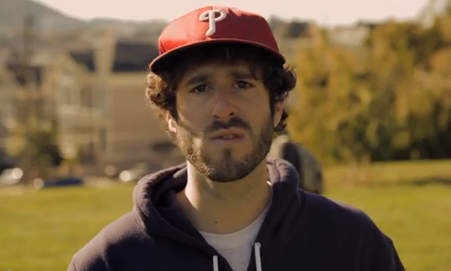 The talented Lil Dicky, who rap battled Hitler (and won), is enlisting the help of fans through a Kickstarter campaign. In order to continue making the music and videos we know and love, LD describes what he needs the cash for in a short, but totally entertaining video:

Pretty simple. Though it only opened on Wednesday, the campaign has already made over $37,000, but LD is looking to make $70,000. If donations continue at this rate, we don’t think he’ll have any problem getting what he needs. And, it’s not surprising really—for each donation increment, LD offers a gift; they start out small and awesome, getting bigger and stranger as they go (see: pay your own way to meet LD in California for dinner). Maybe we’ll start our own Kickstarter to fund a flight to the West Coast.

Then re-watch an old favorite: