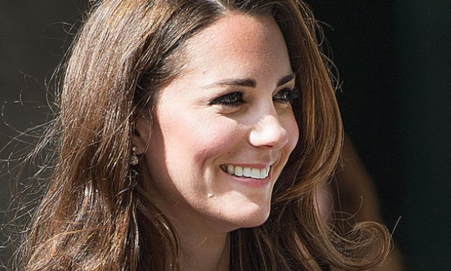 Tired of your boring, regular-person nose? Wish you looked more like the other kind of princess? Fret no further, Lululemonsters, because Long Island-based board-certified cosmetic surgeon Dr. Steven T. Greenberg has just the tweak for you.

He’s calling it the “Duchess Nose,” and it’s apparently gotten quite popular over the past few weeks—he coined the term after noticing a lot of patients requesting that their new noses look like Kate’s. Turns out women in Britain aren’t the only ones after the Middleton schnoz.

Why? Because it’s a great nose. “Nice curvature, not too much of a slope, defined tip cartilage,” Greenberg told me. (Before Middleton, Greenberg’s most frequently requested celebrity noses belonged to Jennifer Aniston and Ashlee Simpson—both of whom he acknowledged have had nose jobs, though he says they’re very natural-looking.)

But here’s the fine print, Middleton wannabes: the surgery won’t actually make you look like the Duchess of Cambridge. It will just make your nose look more like hers. “The most important part is to talk to patients about being realistic,” Greenberg said. “We explain that they can’t just get anyone’s nose.”

Are we seeing the early stages of the nose job style we’ll all be referencing in five years? Will high school girls on Long Island suddenly start to look a bit more English? (“It’s very common to do noses at 16,” Greenberg explained.) I guess we’ll have to wait and see.