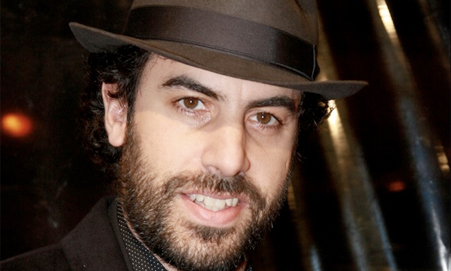 Baron Cohen and Phil Johnston have sold an untitled pitch to Paramount that follows a James Bond-like spy forced to go on the run with his long-lost brother, a moronic soccer hooligan. Studio couldn’t comment on how much the pitch was acquired for, but sources say it was in the high six- to low seven-figure range.

The plot sounds vaguely familiar (I never saw the The Dictator, but didn’t something like that happen?) but this movie might mark a shift away from the more political themes and over-the-top dramatics of his recent films.

Here’s SBC in his full The Dictator costume, stealing the scene at the 2012 Oscars red carpet:

Natalie Portman’s Reaction to This Crazy Email Chain is Perfect