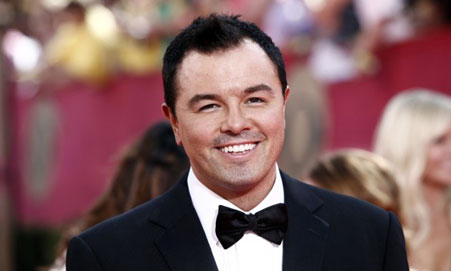 Deadline.com is reporting that controversial, much-discussed Oscars host Seth MacFarlane has been—wait for it—asked to host the awards show next year. Don’t worry though, he probably won’t say yes.

In case you were lucky enough to be without Internet access for the entire month of February, MacFarlane’s incendiary jokes about women (see: “We Saw Your Boobs“), and about Jews (see: that Ted skit), were some of the more talked-about moments in the days following the show. Perhaps not surprisingly, MacFarlane’s offend-all approach may have paid off: according to the Los Angeles Times, while ratings for the 2013 show only surpassed 2012 by two percent, “Ratings were up 11% among viewers ages 18 to 49, the demographic most important to advertisers.”