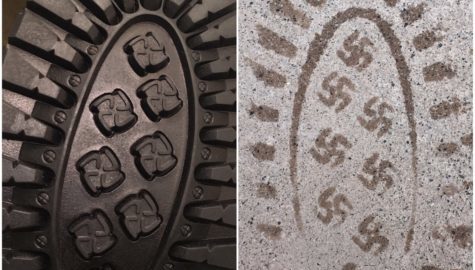 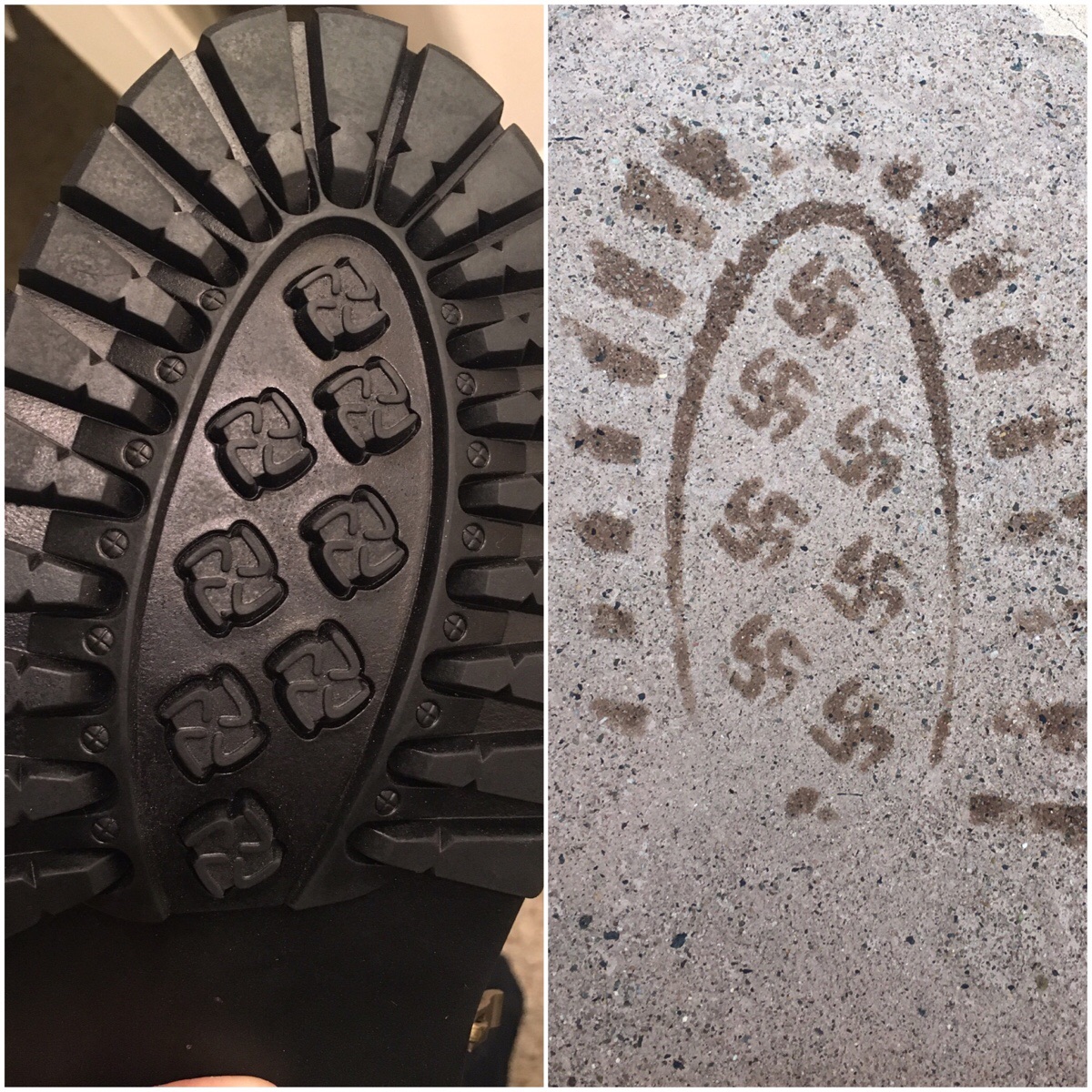 If you’re having a bad week so far, just be grateful that you don’t work for Conal International Trading, a shoe company in the news because it turns out that their work boots leave teeny tiny swastikas in their footprints.

Reddit has earned another day on the Internet by breaking the story; a user started a thread entitled “There was an angle I didn’t get to see when ordering my new work boots…” And behold, a photo of the sole of the “Polar Fox” boot bearing eight little squares with squiggles coming off of them (somewhat swastika-esque), and what snow looks like after meeting the bottom of said boot.

It’s not even like the conspiracy theory that Vans are anti-Semitic for having shapes that resemble Jewish stars on their soles (or that they’ve hidden swastikas inside the sneaker). And this isn’t just unfortunately evocative, like Zara’s embarrassing striped pajamas with yellow stars. These snow prints are really clearly the same shapes as swastikas.  It’s kind of impressive, actually.

The shoe company is based in Los Angeles, though the boots are made in China (the company has adamantly blamed China on this one, as an “obvious mistake” by manufacturers). The shoes are no longer available (any Polar Foxes you may find on Amazon have been cleared as swastika-free), but we’ll always have the Reddit puns to remember them by.

Granted, most of those are more offensive than funny, but shout out to “Depends on the snow, they honestly don’t perform well in Russia.”

A few Neo-Nazis think the footprint was intentional, because the world revolves around them, apparently. But it’s almost a shame the boot is no longer available, because if the Montana neo-Nazi march ever actually happens, they would be the perfect shoe for participants to wear while they get the crap beat out of them.