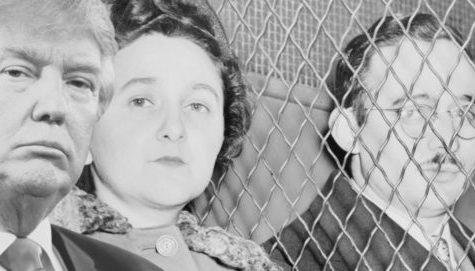 You may have missed an odd little quote from Donald Trump when he addressed the press on Air Force One last week (originally off-the-record, until the White House released the transcripts):

That’s right; he brought up the Rosenbergs, the Jewish-American couple executed for spying for the Soviets in 1953.