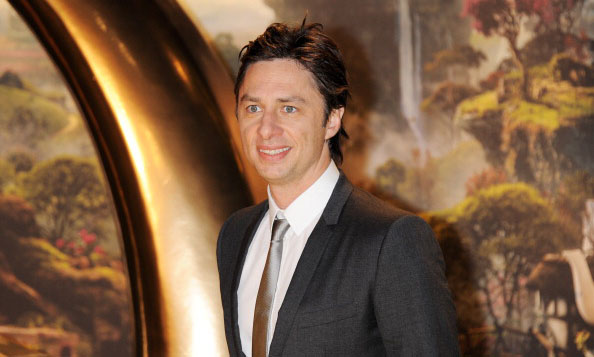 Whether or not you think Zach Braff’s Kickstarter campaign last April was a bit bogus for an actor of his stature, I am pleased to report that we will be seeing him back on the big screen in the near future. Thanks to crowdfunding support from his adoring fans, Braff completed the rest of his film, and it’s now headed to debut at the Sundance Film Festival.

Braff emailed his backers (he reached his goal of $2,000,000) on Wednesday to announce that the film would debut at the highly acclaimed festival:

“”It is quite an honor,” he wrote. “It means so much to me to premiere this film at the very same festival where I premiered Garden State exactly 10 years ago.”

Wish I Was Here, co-written by Zach and his brother Adam, tells the story of a struggling actor married with children, still trying to find purpose in his life. The star studded cast includes Kate Hudson, Mandy Patinkin, and of course, his main bro, Donald Faison.

Best part? Even if you didn’t donate to his campaign, you can still follow Braff’s every Wish I Was Here move by joining the production community! Braff posted a message on the film’s new website, where he will add his videos, playlists, and photos from the set.

Now the only question is…Team Kate or Team Natalie? We shall see how the on-screen chemistry compares.