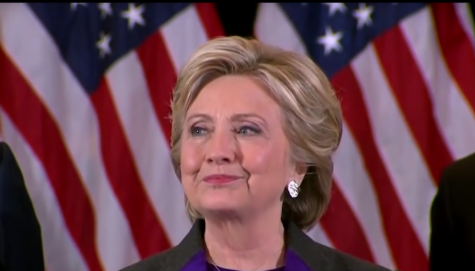 During my weekly pre-Shabbat call with my father, I tend to count the seconds until he asks me about babies.

“I’ve got all white hairs and not a single grandchild,” he likes to say. After we exhaustively cover the very possible catastrophe of me, a Jewish woman, underutilizing my fertile window and missing my opportunity to ensure the demographic survival of my people, we move on to my academic progress.

“Remind me what you are planning to do when you finish your master’s?”

The year is 2016 and I have adopted the asymmetrical bob. Society tells me I am rocking it, that I am doing “woman” right. I have gracefully mastered the yearly transition from open-toe flats to ankle boots and the correct ratio of proteins and complex carbs. These, I am assured, are accomplishments. Part of society also congratulates me on that master’s degree, that new job, and the ability to be both an ambitious and likable woman at the same time. Ask me how I strike that balance, how I don’t scare you but still get shit done, I tease my dates. I don’t have a witty answer to give them. It’s just hard work and fake smiles.

This year, I walked the Jerusalem streets believing a woman might finally make it to the White House – and not as a wife or a daughter, but as a leader. There was a certainty that our collective progress was soon to culminate in 270 electorates-worth of Americans affirming, finally, that a woman with a vision and a plan is a good thing. That that glass ceiling had already been broken in Israel by Golda Meir in 1969, and in many other countries around the world, did not detract from the significance of the election or the anticipation I felt leading up to it.

I’m in class when the results are announced. Holding my phone under my desk, I watch as news anchors frantically tap states on the electoral map red. The ticker says she’ll be calling to concede. As I swallow down my rising nausea, I internalize: a woman lost for not being likable enough. You can be the rational choice, but you’ll still lose to a clown.

Sometimes, while riding the bus to work, I think about how much I want to capture that feeling of nowhereness— that frustrating, in-between phase— and package it, send it to my father in Brooklyn. I imagine him sitting in his chair, slowly unwrapping the bundle as it seeps into his olive-toned hands, allowing him to understand how hard this wait for progress is, how much energy it takes to be constantly aware of where we are on the map.

“I’m not asking you to have it all figured out by tomorrow,” my father would point out. “I just want to make sure you are moving forward.”

Forward. You can move forward in a book, or in line at the supermarket, but how do you do it in life? And what of all of the steps backward you have to take? So much of being a woman moving-forward today is learning how to handle disappointment gracefully, how to not dissolve when put in your place, to collect your heart back into your body every morning and get to work on time. You put in the hours to get that promotion but you lost your life partner in the process; you met your targets at work but a man on the bus home grabbed your thigh. You give concession speeches regularly, only they are private affairs, mantras you find yourself saying to friends and family every time you lose. Next time I’ll do better, you say, but for now you are so, so tired.

Rewind a couple of months. I meet an Israeli man on a plane and we share a long layover/coffee date in Istanbul. He holds the promise of a traditional life – he’ll bring home the money, she’ll tend to the home. The idea of it repulses me, yet a week later I find myself again in his company. Tempted by this cop-out, I want to touch the illusion with my own hands, just allow myself to rest for a few hours. Like in the fairy tales, my struggle could end with surrender to a man, and although it’s not a path I could ever live with, who has the energy to fight for the rest of her life?

It’s an irrelevant question of course. Maybe I hoped for the quiet satisfaction of living within my means, but it has not come. There’s only the perpetual ache of my dreams growing too big for my body, my ambitions accelerating quicker than society can learn to tolerate.

It’s midnight in Jerusalem when I call my father, catching him at the end of his workday.

“She was the only candidate in US history to apologize in a concession speech,” I tell him. I try to explain why it is outrageous that it seemed natural to hear a woman apologize after her country has failed her. But exhaustion takes me and I can’t string together the words.

Born and raised in New York, Rachel Sarafraz has been living in Israel for the past eight years. She holds a bachelor’s degree in political science and literature. Rachel is currently pursuing master’s degrees in public health and in public policy, the latter within the framework of the Israeli Civil Service Cadets program. She has past experience working in project management at the Task Force on Human Trafficking and as a reproductive health educator at the Ministry of Health Public Clinic for asylum-seekers and at the sexual health organization “Lada’at.” Her passions include women’s health, sewing and trying to get her cat to like her.

A native New Yorker, Rachel Sarafraz has been living in Israel for the past eight years. She holds a bachelor’s degree in political science and literature and is currently pursuing master’s degrees in public health and in public policy, the latter within the framework of the Israeli Civil Service Cadets program.