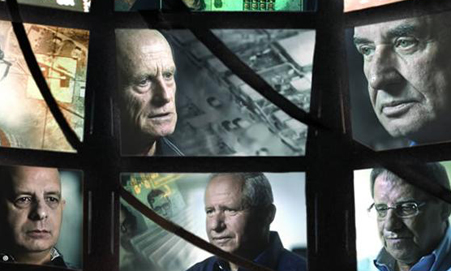 The summer after my sophomore year of high school, I was assigned two books that I ended up reading during our annual family trip to Israel. One was Benjamin Franklin’s autobiography. The other was Alan Dershowitz’s The Case for Israel. The contrast between them, and the fact that this stint in Israel was, for reasons I can’t exactly remember, particularly unpleasant, was painful. Franklin’s existence seemed so quaint, his America so effortlessly unencumbered by history. I don’t remember much about the book, but I do remember Franklin outlining his preferred daily routine (early rising was recommended) and detailing the establishment of the lending library. The Case for Israel, on the other hand, I recall as a sad, shrill, unapologetically aggressive defense of the country’s right to exist. It struck me that summer that most Americans got to read the Franklin book and not know about the other, and that they had the luxury of patriotism to a single, simple place, which counted among its founding fathers a rather chummy gentleman who invented bifocals.

Watching The Gatekeepers, Israeli filmmaker Dror Moreh’s spare but devastating documentary about six former heads of Israel’s intelligence bureau, the Shin Bet, I felt again that same sinking, reflexive loyalty to the Jewish state. Moreh’s film features a series of fairly candid conversations (they appear as monologues, but Moreh’s often heated interjections remind us that he is guiding their reflections,) with roughly 20 years’ worth of intelligence leaders. Each faces the camera openly and, nearly immediately, begins to tell of the moral ambiguity that characterized his time in the service. They all talk about their doubts, their regrets, and, perhaps most potently, their fears for the future. Their Israel lines up well with Dershowitz’s—a country in which triumphs are never unequivocally good, and tragedies foreshadow a darker tomorrow.

There’s one scene in particular that brought me back to the Dershowitz/Franklin summer. One of the leaders, in recounting the Shin Bet’s early investigations into Jewish right-wing extremist factions, mentioned that the bureau was shocked to find that they didn’t have any files started on the fanatic groups. That is, they didn’t have any files on Jews, at all. Which is, at worst, arrogant and short-sighted and possibly xenophobic, and, at best, naïve and short-sighted and tragically idealistic.

It is this idealism that makes it so hard for me give up on the State of Israel. Yuval Diskin talks about growing up on a kibbutz, describing a charming period when the state was young enough to be hopeful, and when the idyllic society that Israel was designed to be was seemingly fulfilling Herzl’s dictum. It becomes increasingly clear throughout the course of the film that their fight was not just for land and not just for safety, but for the protection of this wild, incredibly reckless dream that had somehow become a reality. And what all these powerful men seemed afraid to say was that this faulty experiment in a truly utopian state has been horribly, violently failing.

But perhaps I judge too quickly. Unlike the United States and most other countries, Israel does not have the luxury of time. Those of us who call America our home need to reach back to 1776 in order to find the passion that fueled our genesis, Israelis need look only as far as 1948. And the losses we recall by nation-wide sales and barbecues they honor with a nation-wide moment of silence, because war—ubiquitous, home-based war—is not a distant memory. The Israel/Palestine region is in rapid development, housing one people so alienated from their historical ties to the land that they seem to be rushing in leaps and bounds to make up for lost time, and one people who, because of the intersections of politics and tragedy and fate history doles out so carelessly, is limping along beside them. Generally, discussion surrounding the ramifications of Israeli historical roots refer to three points in time—when God promised the Jews a land in Canaan, when the British swept aside the Palestinian people and established a Jewish state, and when, nearly 20 years later, the lines between the Jews and Palestinians got redrawn. But history existed before and beyond these moments: The histories of colonization and oppression and injustice that are too far removed, and too common, to mean anything today. But maybe they should.

The Gatekeepers, while certainly not optimistic, is also not a hopeless film. The men, who approach their histories with surprising frankness, seem to be thirsting for peace. It’s easy to see them as mouthpieces for the majority of the region’s people—sick of war, sick of needless death, sick of struggling with their conscience at every turn. They seem about ready to reject the complexities of their past for a simple future, one unencumbered by history. They might not believe that it will happen, but they want it to, and we are left feeling that, maybe, it’s the only way to start.

Danielle Wiener-Bronner is a graduate of Barnard College, where she studied economics. She now works as an editor in New York City.