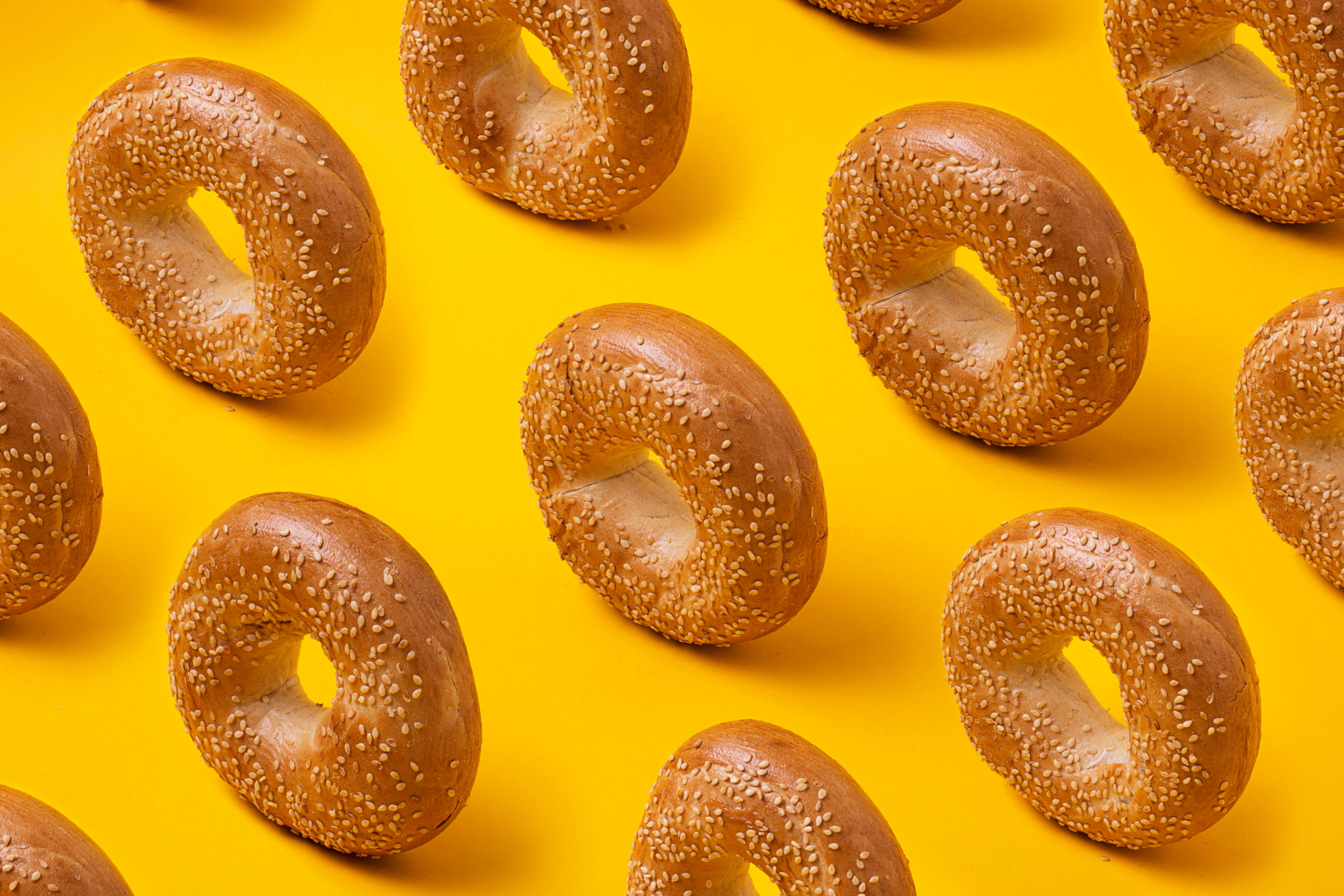 When I found out about the second ever bagel festival a few days ago on Instagram, there was no way I wasn’t going to go. A whole festival about bagels? Sign me up! As a Panamanian transplant who is still getting acquainted to the New York Jewish staple, it was the perfect opportunity to get up close and personal to the essence of the bagel in all it’s different forms.

I schlepped over to Brooklyn and arrived just in time for the event’s second session. Just near the entrance I was greeted with crocheted bagel headbands and keychains from Treesley, which were unexpectedly cute and of course, Bantam bagels’ samples which were superb.

At another corner there was a photo-op station with a pool of bagels a la museum of ice cream’s sprinkles pit. At least I assume that’s what they were before I got there. By 1PM, all that was left was bagel puree, and some inflatables including bagels, palm trees, eggs, and… bacon? I don’t know how to feel about the treif vibes here. All I’ll say to the organizers is: next year I’d opt for a bagel wall. No bacon for me.

One of the highlights was a panel of “bagel experts” including Jake Cohen, Morgan Raum, and Hannah Albertine, in which Cohen provided a diplomatic response to the Montreal vs. New York bagel controversy. Common, Jake! We need answers. The panelists also discussed bagel orders and other very important bagel debacles in an overall lighthearted and fun half-hour, which hit the spot after rounds of bagel samples.

Kosha Dillz’s performance was energetic and drew a crowd, but so did his merch. My personal favorite being an “In God We Trust” T-shirt with a bagel smack in God’s O. The messaging! The symbolism! The relevance! And Kosha’s merch was not the only one on display. Oh, the merch. It was totes, and tees galore. Anna Sanders’ Lox of Love tote bag is a 10/10, Katie Brookoff’s prints were adorable, and BagelFest’s own t-shirt was really cute too.

All in all, Brooklyn BagelFest provided a space to schmooze with other Jews, and fill our delicate stomach with carbs and cream cheese. BagelFest is as much about the bagels as it is about the experience, and a showcase of how iconic the bagel has really become. I can’t wait for next year’s undoubtedly bigger and better BagelFest, and in the meantime, I will be obsessing over how I will become a “bagel expert” so I can serve on the next star-studded panel.