We asked. You answered. Read More 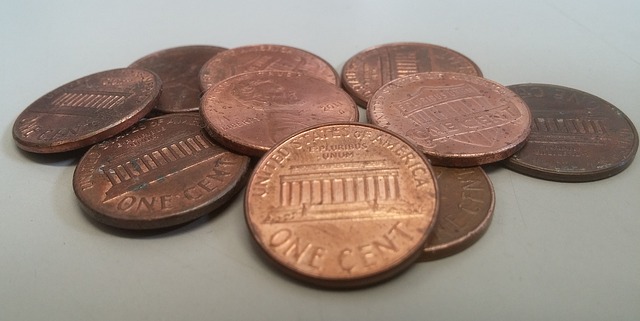 Well, you shared. Oy. Responses ranged from incidents from the 1940s through just last year.

Analyzing why these ideas get propagated or how they affect Jewish kids (these first experiences almost always happen to kids or teens) isn’t for us to say. But what we can note from responses (and these are only some of what we heard) is that they tend to fall into a few discrete categories:

@nighto0owl @jewcymag first anti-Semitic question I was asked in 1st grade: Why did you kill Jesus?”

At age 10 my Girl Scout leader told me I was going to hell because my people killed Jesus. https://t.co/o5zOqC5Tc8

@jewcymag#FirstAntiSemiticStory 1st grade. Another little girl in my class told me that I killed Jesus.

“I was about 7 or 8 years old and was playing in the park near our house when a bigger kid approached me.  He said, ‘You killed Christ’ and hit my arm with a tin gun he had.  It broke my skin and I bled a lot… I really did not know what he meant by that remark.  I also did not know how he knew I was Jewish… I had a small scar for many years after that on my arm.” (My grandmother, Lola Geselowitz, via email.)

@jewcymag I was maybe 14, and someone I knew threw pennies at me in a movie theater lobby and told me to pick them up #FirstAntisemiticStory

@jewcymag my #FirstAntisemiticStory was in elem school when someone drew swastikas in my notebooks. I was too afraid to tell my mom.

#FirstAntiSemiticStory 12yo. Went to an enrichment camp for kids. Poli Sci class had us design our ideal governments. One kid chose Nazism.

4) Completely baseless hatred (They didn’t even try for an excuse):

A kindergarten classmate announced, “I don’t like Jewish.” https://t.co/107LanBBeS

“I grew up in a mostly Jewish community, so was very sheltered, but there were still some incidents. About age 10, I was walking with the friend who lived near my grandmother’s house, in a community different from mine. We were joined by a friend of hers from that community who, as we walked by an Orthodox synagogue, said ‘I like to spit into synagogues whenever I get a chance; I hate those people.’ I didn’t say anything. —Wendy Hess via Facebook.

So, we tend to have traumatizing racist bullying experiences at a young age. At least they tend to be consistent in form. Well… somewhat.

We can’t leave you on a positive note, but we can leave you with this story, emailed in by Helen Epstein:

It was the early 1960s.  [I] had spent the summer as a Counselor-in-Training at Camp Owaissa, a YWCA camp near Scranton, Pennsylvania. I was one of the only Jews there and, as a New Yorker, I was very intrigued by the non-Jewish campers and staff. My best friends were two fellow CITs named Kerry, who was Irish-Catholic, and Kathy, whose religious affiliation I don’t remember.

Neither one of these girls had ever been to New York City. My parents were extremely hospitable and so I invited them to visit me after the summer.

Kathy arrived that fall. Red-haired and blue-eyed, she was tall and athletic, like me, and as extroverted. We had a great day exploring Manhattan and were exhausted by the time we were getting ready for bed. After we brushed our teeth and were in our nightgowns, I noticed that she  had something hanging around her neck: a little pouch on a string.

She blushed. But we were teenage girls, who had become accustomed over the summer to telling each other everything.

“It was my grandmother’s idea,” I remember her saying. “She said that when you visit Jews, you have to keep your money on you, especially when you go to sleep. She gave me the pouch and insisted that I keep it on  all the time.”

I don’t remember thinking that this was anti-Semitic — just ignorant! After all, we had spent the whole summer together. I think I may have already been a journalist in spirit and asked her to tell me about her grandmother. Did she believe Jews had horns? Tails? A cloven foot? Did she have any other weird ideas about what we ate or how we behaved? How come she had allowed Kathy to come visit us?

I don’t remember Kathy’s answers to these questions but Kathy and Scranton, Pennsylvania have become a reminder or a certain kind of provincialism in my mind. That (very mild) experience of anti-Semitic prejudice  has kept me honest when I find myself making an assumption about a culture I know little about, influenced my parenting, teaching and writing. I’m appalled that anti-Semitism persists in this country in so many places and in so many minds, but I’m glad Kathy and I talked about it and I hope she remembers it as I have.