What Was Your First Experience With Anti-Semitism? 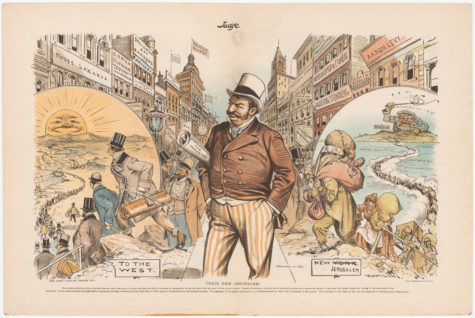 In this election cycle (even more so than usual), my Facebook feed is filled with discussion of Black Lives Matter, Israel/Palestine, the orange candidate’s Jewish family members and what that means. Anti-Semitism is coming from the right, from the left, from anyone who has any sort of opinion on Israel.

This is a thorny topic. Recently in Tablet, John-Paul Pagano wrote a piece about how anti-racism ignores, or even erases anti-Semitism. He wrote:

Even in the United States, the last decade has seen three attempted mass murders of Jews, two stymied synagogue bombings, and a stream of religiously motivated hate crimes, nearly two-thirds of which were anti-Semitic. Yet our American view of racism, with its myopic lens of privilege and power, keeps all this mostly out of frame. Like any social phenomenon, anti-Semitism doesn’t simply turn on or off; there’s a long, incremental process by which a group of trees becomes a forest.

But, as the piece touches on, not all anti-Semitism is conspiracy theories or violent hate crimes. I thought of a recent Jewcy piece by a teenager who deals with Holocaust jokes (and worse) from her classmates. I began wondering, when is the first time in a Jewish person’s life that anti-Semitism leaves the abstract?

So I want you to share your story with Jewcy. Tell us about the first time you personally experienced anti-Semitism. Were you a child? An adolescent? Was it backhanded and not consciously meant to be offensive? Or was it more direct? Did you respond to the offender? How did that go?

For example, mine was when I was attending the public day camp, at about 7 or 8 years old. My friend wore a kippah, and another kid started teasing him for being Jewish. I went to defend him, and the kid bullied both of us. I don’t remember most of what he said, except that he made nonsense noises to imitate what our names must sound like. My friend had it much worse; the little putz physically kicked or struck him a few times throughout the summer.

Our parents got involved, and the camp intervened, though I think they only gave the bully a talking-to.

I have experienced very little anti-Semitism in my life, living almost always in New York. That kind of bigotry has mostly been a boogeyman (what that does to a person is a subject for another day). And yet, before I turned ten I faced it for the first time.

Image: An anti-semitic cartoon from Judge Magazine, 1892. Via Wikipedia.