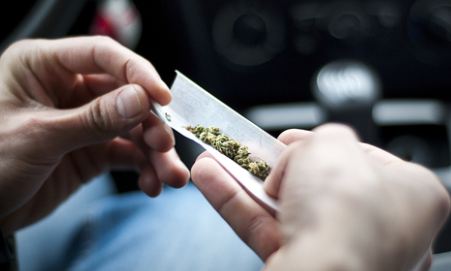 God put cannabis on our planet, so it must have a greater meaning and a higher purpose, right? So says Yosef Glassman, a Boston geriatrician who has spent several years researching the relationship between the not-so-bitter herb and Jewish history.

According to a recent article in Haaretz, after reading a passage from the Shulchan Aruch, the Code of Jewish Law (“Also, one will beautify [Shabbat candle lighting] when the wick is made from cotton, flax or cannabis…”), Glassman became interested in the topic, specifically wondering if cannabis was used medicinally way back when. That was nearly two decades ago when medical marijuana was still pretty much taboo, enough so that it was even hard to conduct research on the banned drug.

But more recently, with medical marijuana now legal in 20 states plus D.C., it’s been much easier for Glassman to dig in and start the research. In October, he gave his first lecture on his findings.

Glassman’s research revealed that cannabis may have been used as an anesthetic during childbirth in ancient Israel; he described an archaeological discovery of hashish in the stomach of the 1,623-year-old remains of a 14-year-old girl in Beit Shemesh. Maimonides was also an advocate of using cannabis oil for ailments such as colds and ear problems. “There are complex laws of plant mixing and hybridizing from the Talmud, which Maimonides comments on,” said Glassman. “Cannabis specifically was taken especially seriously in terms of mixing … and could, in fact, incur the death penalty. This shows me that apparently, cannabis was treated quite seriously.”

He’s not the first Jew to study Mary Jane. Much of the international cannabis research today is based on the 1960s research of Jerusalem-based professors Raphael Mechoulam and Yechiel Gaoni, and in the past decade, Israeli scientists have developed a strain of marijuana without THC, its psychoactive component.

According to Glassman, the Israeli government funds the research on medical marijuana, which benefits about 12,000 Israeli patients and is grown on eight farms for a state-run medical cannabis distribution center.

“Science aside, the greatest of medications allow the Infinite to penetrate the inner workings of the body and soul,” Glassman said. “This is likely the overriding benefit that cannabis provides, and probably why it has so many different healing properties.”

The drug is spiritual, man. Don’t take it for granted.