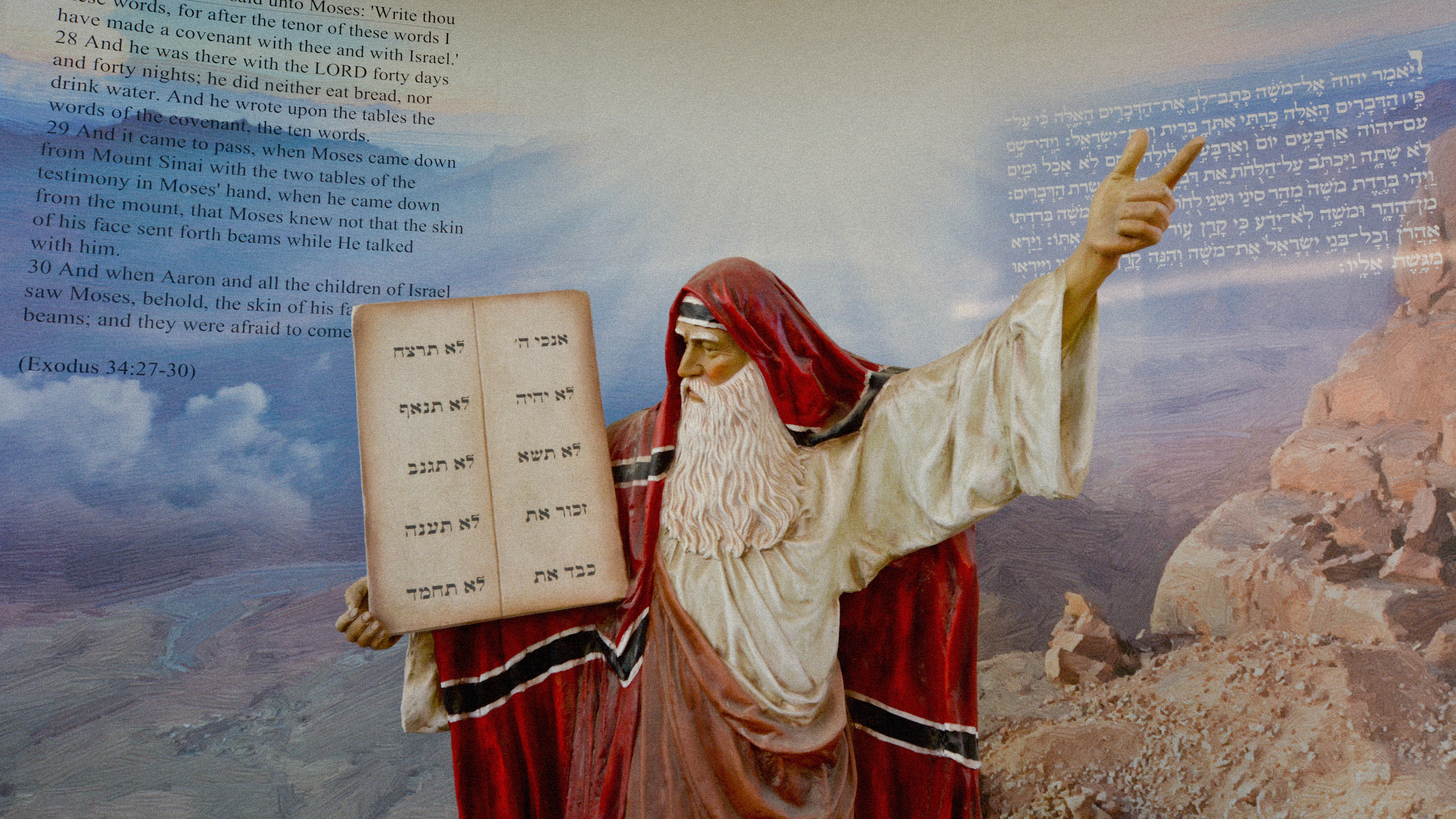 Hashem instructed Moshe Rabbeinu to count the Israelites. Not directly, though—instead, each one would bring half a shekel, no more, no less, and Moshe would count the shekels. These half-shekels would then contribute towards the building of the mishkan, the temporary Tabernacle.

Within the mishkan, they would craft a washbasin. “They’ll wash with water so that they won’t die,” instructed Hashem. “They’ll wash their hands and feet so that they won’t die.” Sounds like some germaphobe propaganda! Moshe would also brew up an anointing oil, infused with myrrh and cinnamon and other spices, with which to anoint all the vessels of the mishkan. After receiving his instructions, Moshe, who was up on Mount Sinai, was given two stone tablets.

The problem? The Israelites weren’t great at calculating time, and they mistakenly believed Moshe was supposed to have descended one day earlier. Terrified at the thought of losing their leader, an angry mob went to Moshe’s brother Aharon and demanded that he create a new god for them. Afraid he’d be killed and trying to buy time, Aharon agreed, instructing them to bring all their gold jewelry, which they would melt down and craft a golden calf statue out of to serve as their new leader. Black magic got introduced into the mix and the melting went a little faster than Aharon had anticipated. Hashem told Moshe about what was going on down below and said He would punish the Israelites, which Moshe begged Him not to do. But when Moshe descended Mount Sinai and saw the Israelites serving this golden calf as an idol, he got upset and broke the tablets he carried down with him. He destroyed the golden calf next, then had the instigators put to death.

Moshe ascended Mount Sinai once more, in order to get new tablets with the entire Torah inscribed on them, and he again begged Hashem to forgive the Israelites for their sins.

When he descended, a new set of tablets in hand, Moshe was glowing. Literally. Light shone from his face, so brightly he had to wear a veil when talking to the Israelites.

Moshe Rabbeinu, the first leader of the Israelites, teaches important lessons about leadership. What does it mean to be a leader?

Secondly, and perhaps more importantly, being a leader means caring about the people you’re leading. Leadership can’t just be a job or role to you—it has to truly matter to you. Moshe was desperate to get Hashem to forgive the Israelites. Sure, he was upset at them too; they had effectively tried to replace him with a statue and completely forgone G-d in the process. Even so, he did everything he could to convince Hashem to forgive them, even saying that if G-d wouldn’t forgive them, He should erase Moshe from the Torah completely.

Too often, we see people in leadership positions sacrificing the wellbeing of the people they’re supposed to be leading for their own personal benefits. Corrupt politicians are all the norm; school boards prioritize donors over students; leaders seem to no longer care about their followers, if they ever did. Moshe, in this week’s parsha, reminds us what a leader is truly supposed to be—caring.