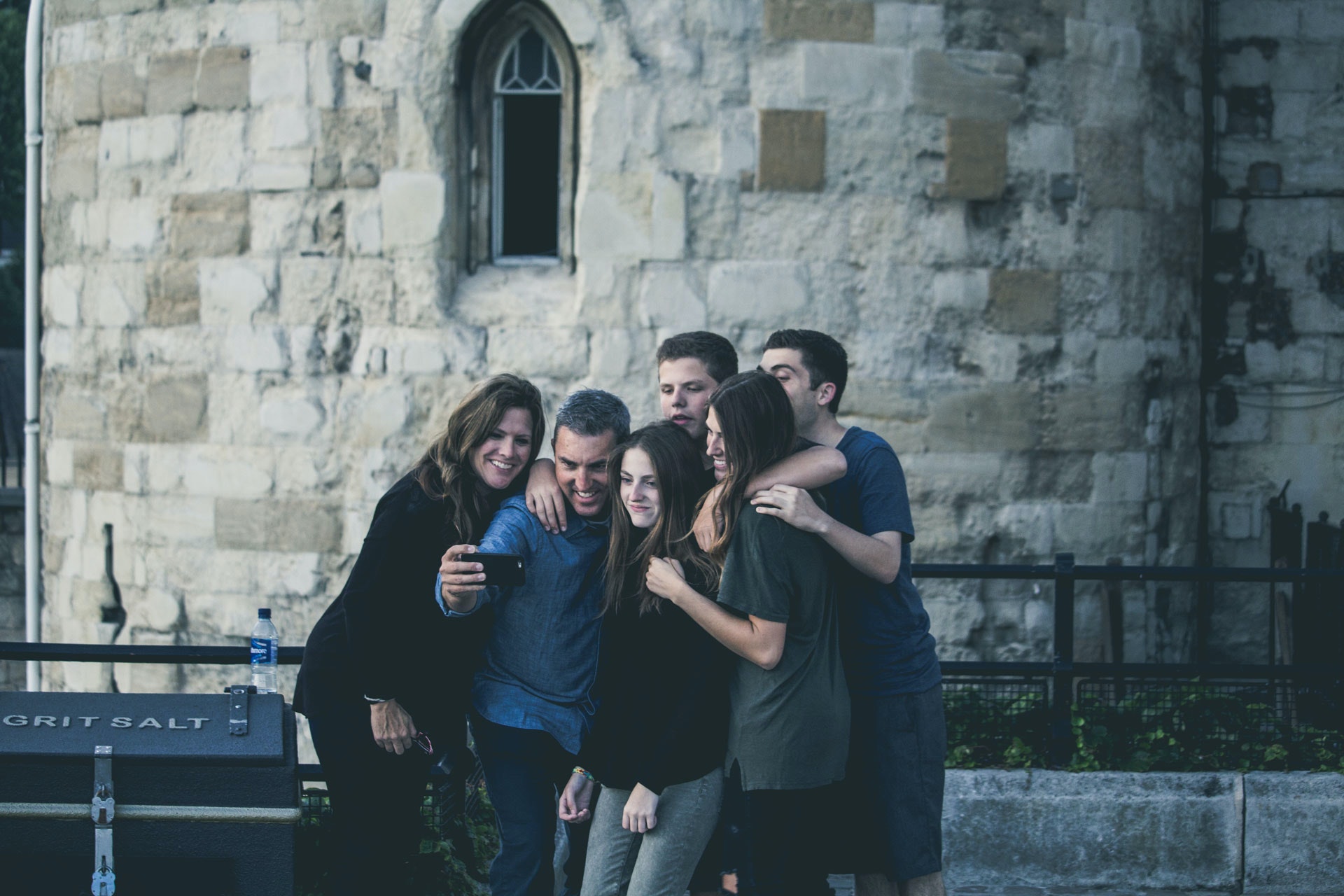 Yitro, Moshe Rabbeinu’s Midianite father-in-law, heard about the Red Sea splitting and about the Israelites winning a battle against the nation of Amalek. He took his daughter Tzipporah, who was Moshe’s wife, and Moshe’s two sons with him, and he met up with the Israelites in the desert. At his arrival, Moshe greeted them all with affection, and he was joined by a whole group of Israelites in a welcoming parade. Yitro praised G-d for the miracles he heard about, calling Him greater than all the other gods (which Yitro would know, because he had served all of them before).

The next day, Yitro saw Moshe sitting all day hearing cases the Israelites brought to him and judging them, and Yitro rebuked him. Yitro essentially said that Moshe was burning himself out and advised him to appoint good, G-d-fearing Israelites, in a hierarchical format shaped not unlike a pyramid, so that they could hear the queries of the Israelites. If they were unqualified to offer the Israelites a satisfactory answer, they would pass the case on to the judge just above them, and so on. Therefore, only the most difficult questions to answer would go to Moshe, as opposed to every single little question, and if even he could not answer it, he would ask G-d.

Moshe listened to Yitro and enacted this proposed policy, and Yitro left, back to Midian, in order to convert the rest of his family to Judaism.

The Israelites arrived at the Sinai desert, and they camped opposite Mount Sinai. There, they (we?) made a covenant with G-d, promising to keep His commandments. The first ten were given, by G-d Himself: to believe in G‑d, to not worship idols, to not take G‑d’s name in vain, to keep the Shabbat, to honor their parents, to not murder, to not commit adultery, to not steal, to not bear false witness, and to not covet another’s property. The Israelites were overwhelmed by the Voice of G-d, and they asked Moshe to give the rest of the commandments over himself, in his own voice.

Yitro—both the parshah and the individual—reminds me of the importance of familial connections. While not his biological father, Yitro was almost a father to Moshe. The very phrase “father-in-law” being used to describe Yitro alludes to his relationship with Moshe, says Rashi. Yitro called himself Moshe’s father-in-law, with pride at being related to the leader of all the Israelites. When he arrived at the Israelites’ camp, Moshe greeted him with love and respect. When he noticed Moshe biting on more than he could chew, he rebuked Moshe gently, gave him advice on how to balance himself and his responsibilities more efficiently.  And then, when Yitro left the Israelite camp to go back to Midian, he left in order to convert the rest of his family—he had seen the power of the G-d of the Hebrews, and he wasn’t going to leave the rest of his loved ones in the dark; rather, he’d share this revelation with them.

Later on, as the Israelites were camped by the mountain, the Torah refers to them in the singular sense rather than the plural. At the point of receiving the Torah, the nation felt a sense of unity so strong that they were like one individual with one heart. It’s so important to remember: we Jews are not just a nation. We are a family.

And even the Ten Commandments included an allusion to family connections, with the commandment to honor one’s father and mother. The Talmud says that there are three partners in creating an individual: the father, the mother, and G-d. When this individual later honors their father and mother, it is as if they are also honoring G-d.

Two caveats must be made here. Valuing one’s family is a crucial element of practicing Judaism, which I would argue is the reason why it plays such a role in the parsha in which the Torah is first given. However: valuing family sometimes takes the form of tough love. Yitro came with Tzipporah and her and Moshe’s sons because Moshe had sent them away earlier. He intended to bring them with him to Egypt as he redeemed the Israelites, but his brother Aharon rebuked him, saying enough people were already suffering in Egypt and they didn’t need to add more. Sending away his wife and children was, although tough love, one way Moshe kept them safe. Furthermore: sometimes, family is not what you are born into but who you chose. Proverbs 27:10 says a close neighbor is better than a distant brother, and this is relevant because Midrash Rabbah defines the close neighbor as Yitro, with the distant brother being Yaakov’s brother Esav.

The role family takes in every individual’s life varies by the individual. In your relationship with your family, do you prioritize tough or unconditional love? Are you closer with your blood relatives or your chosen family? More importantly: are you so close to the people you consider family that you’re almost like one person with one heart?