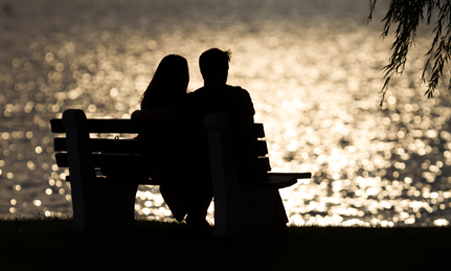 Tu B’Av is upon us. If you don’t know all about the glorious holiday that is Tu B’Av, allow me save you a Google search and spare you from an embarrassing moment in which the nearest hot Israeli man asks you to be his Tu B’Av date, and mistake it for something shawarma-related.

So, apparently, Tu B’Av is one of the lighter Jewish holidays, which is refreshing, because constantly having to celebrate not having been annihilated, can get emotionally exhausting (except for Hanukkah, because I love latkes and have always been a bit of a pyromaniac). Anyway, we celebrate Tu B’Av for numerous reasons, a few being that: (1) God forgave the Jewish people for the sin of the spies, ending a plague (not going to explain what the sin of the spies was because, believe it or not, I’m not a Jewish history teacher or R.I.T., aka rebbetzin in training); (2) guards were removed from the roads leading to Jerusalem, allowing the Jewish people to resume making pilgrimages to Jerusalem; and (3) the ban of not being able to marry outside of one’s tribe was lifted.

Reason #3 was the first real merging of the tribes, which women were happy about since there were some eligible Jewish bachelors with the last names Cohen and Levy that they could now get their paws on. #biblicaltimesgolddigging. And so, the woman went out, “dressed in white, and danced in the vineyards.”
The point is, Tu B’Av has since become a Jewish/Israeli Valentine’s Day of sorts, but it is also a day dedicated to commitment. Oh my god, commitment? OK yes, but DON’T PANIC.

It is universally accepted that committing to anything is scary, the Camel Crush cigarette and the Arnold Palmer beverage being solid evidence to support my claim. Oh, I’m sorry that you can’t commit to a regular cigarette so you need the option of “crushing” your cigarette to turn it into a menthol cigarette halfway. God forbid we should commit to ordering an ice tea, regret it, and wish we ordered the lemonade instead. Well, don’t worry, there’s the Arnold Palmer, a half lemonade/half ice tea drink, to the rescue! Clearly, our society enables not committing to things, and I totally get that. When I first moved to LA, I definitely drove around in a rental car for nine long months because I refused to admit to myself that I wasn’t just visiting. Delusional. The point is that if I would rather drive around in a white Hyundai with manual roll down windows than commit to living in LA, then it makes sense that people would have a difficult time committing to relationships.

For what it’s worth, it seems to me like there are only two miserable paths in pursuit of obtaining a commitment that one can take these days: either be the person in what one of my friends calls a “nonrelationship-relationship;” or be the person whose full-time job is laboring desperately in an attempt to get engaged.

The “nonrelationship-relationship” refers to a relationship where you are probably hanging out with the other person a couple of times a week, maybe sleeping with them, and they may or may not text you when they’re in traffic, on the toilet, or when something borderline-funny happens. Let’s be clear though, in a “nonrelationship-relationship,” you are NOT exclusively dating or officially “boyfriend/girlfriend.” So, in other words, in my humble opinion, the guy is getting all the perks without having to commit to you.

Another thing that sucks about the “nonrelationship-relationship” is that the girl sometimes tricks herself into thinking that because she and this guy are not actually “boyfriend/girlfriend,” she can’t get hurt (or she won’t care that much when it’s over because it was never anything to begin with), but, unfortunately, that’s biggest myth propagated since the rumor that people on Facebook can tell when you’ve looked at their profiles. It just can’t happen. Everyone is always sad and disappointed when their “nonrelationship-relationships” ends, and it takes about as long as a committed relationship to get over, so what’s the point?!

However, I’ve been dangerously close to being in “my full-time job is striving to get engaged” mode. The “full-time jobbers” are committing all over town! They basically end up marrying people they kind of, sort of like because the person sounds good on paper. Essentially, if the guy graduated high school and doesn’t have the Tay Sachs gene, he’s beshert worthy! The “full-time jobber’s” desperation for commitment and security, probably caused by being in one too many “nonrelationship-relationships,” leads to people jumping into lame relationships.

Tu B’Av has gotten me thinking—there has to be a middle ground when it comes to commitment. I think the compromise must consist of only dating people who like you so much that they can’t imagine losing you, so naturally, have to commit to you, but also being fulfilled enough within yourself that you have the confidence to be happily single until that special person does come around. What better day than Tu B’Av to give this a shot? Worst comes to worst, you can always put on a white dress and dance in the vineyards!

Gabriela Marcus graduated NYU Tisch School of the Arts a few years ago with a degree in drama. She is an aspiring actress and writer living in Los Angeles. If you want to know how that’s going, you can read her blog.